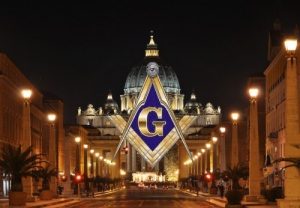 In October 2016, two years into his term as prefect of the Vatican’s Secretariat for the Economy, the now-disgraced Cardinal George Pell was made aware of a Vatican dicastery handling large amounts of unregistered cash in offshore accounts. Four years later, the original questions raised by Cardinal Pell about the management of Administration of the Patrimony of the Holy See (APSA), the dicastery which handles the Vatican’s real estate and financial assets, have triggered a huge scandal. Appropriation of $200 million from Peter’s Pence towards the purchase of an upscale property on Sloane Avenue in London’s Chelsea district, and the disappearance of another $250 million from Peter’s Pence that appears spent on fraudulent legal firms established by the Opus Dei together with Freemasons of the United Grand Lodge of England to cover the purchase of the property in question, and possibly put some extra money in Queen Elisabeth’s pocket.

Of course, Pell whose weak spot was always pedophilia, like most Vatican officials, is conveniently in jail, but not for long, as Pell, who is the only one who knows the full extent of the speculative and illegal offshore operations conducted by the Vatican and certain Freemasons using mainly Credit Suisse bank, wants to be acquitted before sorting out the situation that could bring the Vatican to lose an enormous amount of money, and could be exposed further for illegal money laundering.

As the last appeal for Cardinal Pell draws closer, his chances of returning to Rome are increasing every day, as the Opus Dei, who have been in control of Vatican finances for the last 15/20 years and have instigated Vatican investigators to raid the office and residence of Monsignor Alberto Perlasca, the now former investment manager of the Vatican Secretariat of State. The raid happened yesterday, to officially seize documents and computer equipment as part of its ongoing probe into the financial scandal involving the purchase of the exclusive London property, that could eventually return Cardinal Pell to Rome, with the blessings of Queen Elisabeth, regardless of his pedophilia crimes that the Vatican will happily dismiss if the money is returned to Peter’s Pence as I pointed out the day before the raid in question on Infowars.

In exchange for a happy ending to this incredible story, that might see the acquittal of Cardinal Pell (or his sudden death in prison…), the Queen and the Freemasons of the United Grand Lodge of England, who have always occupied a key role in worldwide Freemasonry, have asked the Vatican to immediately change their official position towards the Craft. For this purpose,Father Michael Heinrich Weningera senior member of the Pontifical Council for Interreligious Dialogue has published a new book suddenly claiming that a practicing Catholic can simultaneously be a Freemason and that the penalty of ex-communication may “certainly not”be applied to “Catholic Freemasons.”

Father Michael Heinrich Weninger launched the new controversial 500-page study entitled Loge und Altar: Über die Aussöhnung von Katholischer Kirche und regulärer Freimaurerei (“Lodge and Altar: On the Reconciliation of the Catholic Church and Regular Freemasonry) last Wednesday in Vienna, accompanied by the presence and the support of the Austrian Grand Master himself Georg Semler. Interestingly enough, this sudden change of mind by the Vatican regarding Freemasonry comes as Pope Francis was recently exposed as a Freemason, as leozagami.com reported on the 6th of February 2020.

After all Freemasons love Ecclesiastes 1:9 that is the origin of what has become a common proverb, “There’s nothing new under the sun.”