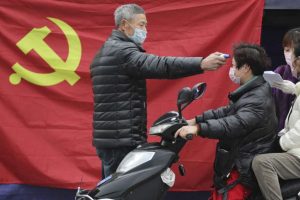 Today,  the rise of Nationalism in Europe and America, and throughout the democratic world is seen by many as a threat to the post-War liberal order. But for us, the renewed emphasis on patriotism and the freedom of nations is a continuation of the best political traditions of the last century. So, is National Conservatism a menace or is it—on the contrary—a virtue? Ten days ago, in Rome, an international conference organized by National Conservatism sought an answer to this crucial question.

During the crowded event, Professor Roberto de Mattei, a well-known Catholic historian shocked the audience stating that a “Communist virus” has infected not only Western culture, media, and politics, but also the Catholic Church. Professor de Mattei noted the ongoing popularity of the late Communist thinker Antonio Gramsci, who is very popular, even among Catholics and said that ideas “intrinsic to Communist doctrine” such as “evolutionism and hedonism” continue to “pervade the West.” Warning that: “The new Europe, which has expelled the name of Christ and every reference to Christianity from its founding Treaty, is fully realizing the Gramscian plan of the secularization of society.”

Professor de Mattei explained that the idea of launching an appeal for the trial of Communism came last October from the now-deceased Vladimir Bukovsky and Professor Renato Cristin. Professor de Mattei said he was convinced that in the 20th century,“There was no crime comparable to that of Communism, in terms of the length of time that it lasted, the geographical territory it embraced, and also the amount of hatred that it knew how to generate.” Mattei said that “for this reason, Communism should be brought to trial.” Adding that: “We all remember the homage given to Fidel Castro by the Vatican authorities in November 2016 and the accord signed by the Holy See with China’s communist government.”

Of course, we are focused on the impact of the coronavirus, that many participants of the conference discussed during the breaks,  but let’s not forget that in China the main virus is Communism that for  decades has committed terrible atrocities including the one perpetrated in the name of the now terminated “one-child policy.”

Mattei said: “Cardinal Joseph Zen, the highest prelate in China and the leading voice for persecuted Catholics, recently sent a letter to the College of Cardinals imploring them to denounce the agreement,” referring to the infamous deal made between China and the Jesuit run Vatican adding that,“It is for this reason that we say that Communism is not dead, and we will continue to call for a trial of Communism analogous to the Nuremberg trials.”

Professor de Mattei argued at the Feb. 4 “God, Honor, Country”  National Conservatism Conference,“That the reason why President Ronald Reagan and Pope John Paul II were effective opponents of communism is because they both believed that Communism was a moral evil, not simply bad economics.”

On the other hand, de Mattei noted that Communism continues to be promoted by powerful forces in the world today. He highlighted the celebration in the mainstream media of Karl Marx, the continued flourish of Communism in China and Latin America, and its influence on European politics.

At leozagami.com we fully agree with Professor de Mattei’s statements and we hope justice will be served against these criminals one day. Remember, China hid the severity of its coronavirus outbreak to protect their Communist regime that is now treating their citizens like cattle, and the extremely virulent coronavirus, which is sweeping through China like wildfire because of their incompetence, will eventually gain a foothold in the United States – becoming a “community virus” this year or next, according to CDC Director Dr. Robert Redfield.