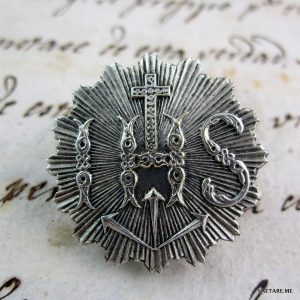 In November 2019, the Democratic National Committee announced that Loyola Marymount University’s Gersten Pavilion will be the venue for the sixth Democratic presidential candidates’ debate that will be held today, December 19th, 2019, co-hosted by PBS NewsHour and POLITICO. Loyola Marymount University (LMU) is a private Jesuit and Marymount research university in Los Angeles, California favored by local libtards and run by the infamous Society of Jesus.

In my new book dedicated to the dark side of the Society of Jesus founded by Ignatius Loyola entitled, “Confessions of an Illuminati Vol.4,  American Renaissance 2.0 and The Missing Link From the Invisible World”,  I dedicate a whole chapter to warn about the centuries-old weaponization of culture for political means devised by the Jesuits and their infamous education system. As of 2010, Loyola Marymount University located in L.A. on the west side of the city is not only one of the largest Roman Catholic universities on the U.S. West Coast, but also the parent school to Loyola Law School located in downtown Los Angeles and a favorite for Democrats and their families that are indoctrinated from a young age to the pseudo-spirituality of the Jesuits that introduces them to full-on Satanism.  The central Jesuit strategy has always been to “control” the minds of the young in to “socially engineer” society towards their final “stated” aim of world “domination.”

Let’s always remember what Bill Hughes wrote in his book, The Enemy Unmasked:

“One of the major purposes of the Jesuits was to destroy every trace of Protestantism and its principles, including religious freedom, republicanism, representative government, and an economy built around a strong middle class. Another purpose of the Jesuits was to greatly expand the power and control of the papacy throughout the entire world.”

As I explain in my latest book, the Jesuits are not a real Christian or spiritual order in any way, shape, or form, but rather, a dangerous military order working for Satan and his Legion to implement the Kingdom of the Antichrist in the End Times, especially after they reach their goal of controlling the papacy with Pope Francis. So the decision of the Democrats to make their speech at the Loyola Marymount University was unquestionably dictated to their loyalty to the Jesuits, especially after the impeachment of President Donald J. Trump. 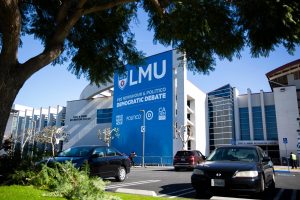 The Democrats went out of their way to have their sixth Democratic presidential candidates’ debate at Loyola Marymount University, even when the debate’s future was put in jeopardy recently by a strike by a labor union representing 150 workers in the food services industry, working for a company that provides meals for the  university. The Democratic National Committee (DNC) decided to have their sixth 2020 presidential primary debate at the Loyola Marymount University after similar concerns were raised by local labor officials about using another venue at the University of California but of course the Jesuit University was able of overcome such problems.

The majority of the U.S. population might not know the secrets of the Jesuits, but they know your secrets, and they want to indoctrinate this country with their evil ideology. There is no better way to achieve control of  U.S. society than to control the young by implanting Jesuit concepts (ideologies) and values (morality) into impressionable, unquestioning and trusting minds in classrooms every day. The children of today will become the Democratic candidates of tomorrow. So spread this article and warn your friends about the Jesuit threat against our Constitutional Republic.