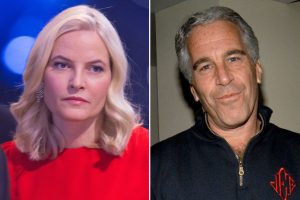 Mette-Marit, Crown Princess of Norway, is the wife of Crown Prince Haakon, heir-apparent to the throne of Norway. She was the girlfriend of a popular Norwegian DJ, someone I had met more than once when I lived in Norway. She was known for being into partying and drugs, and before she got married a sex tape of her allegedly having sex with a group of black men became the talk of the town.

She is now in the spotlight for being associated with none other than Jeffrey Epstein. Crown Princess Mette-Marit regrets her association and recently made an official statement to Dagens Næringsliv, the leading Norwegian business daily newspaper in which she said:

“I never would have associated with Mr. Epstein if I had been aware of the seriousness of the crimes he committed. I should have investigated his past more thoroughly, and I am sorry that I didn’t.”

Daggers Næringsliv investigated the Norwegian connections with sex offender Jeffrey Epstein, and discovered that Mette-Marit with Epstein several times between 2011 and 2013 for reasons yet to be known, after being introduced through mutual acquaintances.

The Royal Palace confirms that the Crown Princess and Mr. Epstein met socially, mostly in the United States where she also visited one of Epstein’s mansions. A meeting also took place in the Norwegian capital, Oslo. Mrs. Guri Varpe, head of communications at the Royal Palace went on the defense of saying:

In the meantime,  Prince Andrew will face a new crisis as BBC’s Panorama is airing a new special today, December 2, featuring another controversial interview with Jeffrey Epstein’s “sex slave” Virginia Roberts, but, of course, most of Great Britain is now discussing the attack that took place on London Bridge in the heart of Britain’s capital on Friday. The attack committed by a convicted terrorist seems like a complete sham with two of the men who helped disarm and detain the Usman Khan being convicted felons themselves. James Ford was convicted of murdering 21-year-old Amanda Champion in 2004, and ex-offender Marc Conway now works as a policy officer at the Prison Reform Trust. 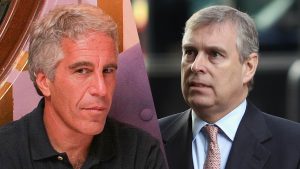 They needed to deflect unwanted attention from the Prince and they did it by staging what turned out to be another dramatic attack on London Bridge that began at the Worshipful Company of Fishmongers. Who were holding an event for prisoners allegedly in search of rehabilitation like Usman Khan. Panorama’s investigation into sex allegations surrounding Prince Andrew has been described by one royal writer as “about as bad as it gets for Andrew”.

Penny Junor said the duke’s accuser, Virgina Giuffre – seen in excerpts released ahead of the broadcast – comes across as a more sympathetic character compared with his own Newsnight interview.