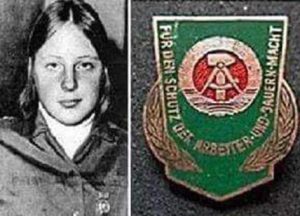 Apparently, a favorite subject of Chancellor Angela Merkel, a Soviet agent, and an ex-Stasi informer, who when she was young worked in the socialist organization Free German Youth (FDJ), is the infamous Thirty Years’ War – arguably the most devastating conflict in central Europe until the First World War. In 1618, a war began unlike any the Continent had ever seen before, despite the Peace Treaty of Augsburg signed a few decades earlier, in 1555. By the time the inferno ended 30 years later, large parts of Germany had been depopulated and many cities left in ruin. For Freemason and Illuminati Angela Merkel, this war is much more than some distant historical date. Rather, it is a warning of just how delicate the present European situation really is, and what might happen if the U.S. doesn’t intervene in the next couple of years to stop the dark side of the Illuminati and their evil agents like Angela Merkel.

Just as people in the late 16th century were erroneous in their belief that the Peace of Augsburg would endure, and we could be just as mistaken today in the belief that the European postwar order, with all its treaties and alliances including the European Union, serves as a guarantee that the scourge of war will not return in the near future in Europe. The Holy Roman Empire of the 16th and 17th centuries is, in many ways, analogous to the Europe Union today. Indeed, the parallels may be too close for Merkel’s comfort, because she and her old Communist buddies are one of the main causes for the present European crisis, together with the old Nazi’s that forged a secret alliance in favor of a New World Order before the end of the Soviet Union.

One of the reasons for the past stability of Europe was the constant help of the United States of America. In 1947, the CIA (  who, in that year superseded the OSS), was faced with its first daunting task, i.e. how to prevent Communists from taking over Europe and the world. They did manage to stop this cancer from spreading, but only temporarily. Communism, Socialism, and, indeed, any Godless form of progressive government anywhere in Europe was stamped out because the risk was too great that they could try to take over society, just as they are doing right now after dismantlement of Operation Gladio, that was officially acknowledged and condemned by the European Parliament in November 1990.

While Washington and NATO refused to comment on the matter, it is proven that even if the methods of engagement of Operation Gladio were essentially illegal and of an immoral nature, it actually saved us from the present dangers of European Social Democracy and Europe’s technocrats. Dangers that include the constant support given by European politicians and intellectuals for the rise of a similar ideology in the United States.

The moniker “Gladio” (after the two-edged sword used in Rome) was eventually a necessary evil broadened to include a bewildering host of related deep state terrorist structures including: “P2” in Italy, “P26” in Switzerland, “Sveaborg” in Sweden, “Counter-Guerrilla” in Turkey and “Sheepskin” in Greece. This definitive European list was found to have connections not only to virtually every U.S. sponsored secret state terrorist organization in the world (including the likes of Operation Condor in Latin America), but also to many of the global drug cartels that provided the wealth needed to fund anti-Communism.

The late Pope John Paul II, who experienced first hand Nazi and Communist oppression in his native Poland, startled his admirers and opponents alike by suggesting in a book published a short time before his death, that Communism may have been a “necessary evil” of the 20th century.  Let’s remember that Saint John Paul II was one of the century’s most severe critics of totalitarian ideologies. His condemnations of Communism were an inspiration for the people of Poland when they established the Solidarity trade union two years after he became Pope in 1980, but since then, the perverse and Satanic Jesuit progressive and liberal ideology that infiltrated the Second Vatican Council took over the Holy See and forced the end of Operation Gladio.

It was thanks to Gladio, that people like Bernie Sanders and Alexandria Ocasio-Cortez’s were kept far from the political arena. Communism was relegated to the dustbin of history following the collapse of Soviet-style socialism in the early 1990s. However, once again, a quarter of a century later, the idea of “socialism” is declared to be both relevant and alive as an alternative to the existing institutions of a market-based and liberal society.

Those of us, like myself, who have had the opportunity to travel to Russia after the end of the Soviet Union, know way too well the cold hard truth about this evil experiment that destroyed the life and the soul of millions of people. The new visionaries of socialism working for the Illuminati elite assure us that theirs is a kinder and gentler socialism, a socialism of democratic inclusiveness, social justice, and egalitarian fairness for all. For them, this ideology will end human exploitation, save the planet from environmental destruction, and ensure that everyone gets their just desserts on the basis of an identity politics focusing on race, gender, and social class. But it’s all Jesuit propaganda and lies that have been promoted with the help of ex-agents of the Soviet Union like Angela Merkel and Jesuits like Pope Francis.

The new Democratic Socialists neither offer any coherent theory, but they love Scandinavian Socialism.  I lived in Scandinavia for almost ten years and I can assure you it’s a complete nightmare. However, if you ask Bernie Sanders, Jeremy Corbyn, or any “cool kid” on the block,  you will hear that it is the solution to today’s problems. Advocates of this system always point to the Nordic states to prove their point. Countries like Denmark, Sweden, and Norway demonstrate to the world that one can have “socialism” – that is, a huge welfare state – and still be on a prosperous path. It sounds like paradise on earth but this is a myth. Most of these countries had their security and Intelligence Organizations infiltrated during the Cold War by Soviet Russia, and have been completely compromised after the end of Operation Gladio. The CIA station in Stockholm that originally supported the training of stay-behind armies became in the 90s another tool for Socialist propaganda.

So what next? Well, “Civil war is coming to Europe” as a German city politician told a Breitbart journalist last year and Angela Merkel will be remembered by historians as one of the traitors that made it happen, so they could facilitate the future Russian invasion.