NEW EXCLUSIVE INTERVIEW WITH LEO ZAGAMI ON HIS NEW BOOK 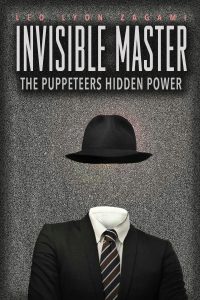 Don’t miss this exclusive conference for a select audience in the wonderful setting of St Peter’s Church in Clapham, London with Anglo-Italian author Leo Lyon Zagami and his special guest speakers to discuss the new book Invisible Master.