Then you will know the truth, and the truth will set you free….

Francis, who at the time was still Cardinal Jorge Mario Bergoglio, in 2010 commissioned a four-volume, 2,000-plus page forensic study of the legal case against a convicted priest that concluded Father Julio Cesar Grassi was innocent. The convicted pedophile certainly considered the current Pope to be a friend and supporter – Grassi told reporters before his conviction that his Holiness “never let go of my hand”. 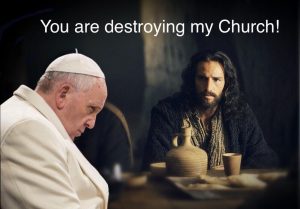 From the documentary
“Sex abuse in the Church: Code of Silence,” produced by Premieres Lignes  and translated from its French-language TV series “Cash Investigation,” originally aired in France in March of 2017.

One thought to “Sex abuse in the Church: The Code of Silence is broken”