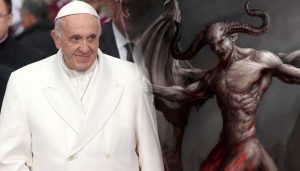 “Today is September 11th, the date of an apocalyptic disaster, and also the Church is in the whirlwind of news in recent weeks and all the more following the publication of the report by the grand jury of Pennsylvania, we  look in shock at our own September 11th, even if our catastrophe is unfortunately not associated with a single date but so many days and years and countless victims. ”

These were the heavy words expressed today by Archbishop Georg Gänswein, Secretary of Benedict XVI, during a book presentation in the Italian Chamber of deputies, as the situation  in the Vatican remains critical.

Yesterday, the Pope held an extraordinary meeting for his elite group of Cardinals, called the C9, regarding the present crisis, and this morning in a homily at Casa Santa Marta, the Pope told the bishops that they seem to be under attack from the devil himself, stating “In these times, it seems like the Great Accuser has been unchained and is attacking bishops,”.

The Pope also said “The best way for bishops to fight this is by being men of prayer who remain close to the people and who have the humility to remember they were chosen by God “ Vatican News reports.

To blame the Devil for your own sins is truly remarkable. “True, we are all sinners, we bishops,”said Pope Francis, adding in his defense, “He tries to uncover the sins, so they are visible in order to scandalize the people.”The Pope is basically saying, with these carefully chosen words, that all journalists investigating and exposing the Vatican’s sins are working for “the Great Accuser”aka the Devil. The Jesuit Pope will use all his diabolical tricks to distract us from the truth.