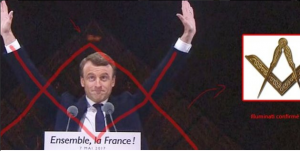 EXCLUSIVE – According to information released by trusted French journalist François Koch, on September 5th, Macron will host a dinner for 8 or 9 French Grand Masters to discuss various topics, such as the relationship between France and the Catholic church.

This invitation does not come by chance. Macron was accused earlier this year of underminding French secularism, after he told French bishops that, “Relations between Church and State have been damaged” and must be “repaired,”

The president of France will now try to explain to the French Grandmasters how he did not violate the 1905 law of separation between Church and State. Macron, a liberal Freemason of the Grand Orient of France, wants to show the world that he does not only dialogue with religions, but also with other spiritual and philosophical currents, such as Freemasonry.

However,  we all know that Macron and Freemasonry are hiding a sinister plan, that is gradually destroying the Catholic Church, which began a long time ago, with the Masonic infiltration of the Vatican during the Second Vatican Ecumenical Council.

Macron will be pleased to announce to his fellow Freemasons the soon to be canonization of the first Masonic Pope, Paul VI’s which is to be celebrated on the 14th of October 2018, by Pope Francis . 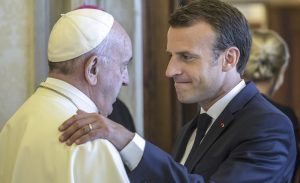