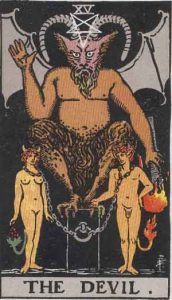 Satanists are on the run, after recent events have exposed them beyond the so-called conspiracy realm, putting them under the public spotlight. Sally Quinn, widow of The Washington Post’s Ben Bradlee, reveals in her new memoir, that she has practiced the occult for many years, and believes she killed three innocent people using Black Magic. In the meantime, Hillary Clinton, who even attended a voodoo ceremony in Haiti years ago with her husband, confessed that she was so frustrated about the infamous scandal surrounding her use of a private email server, that basically ruined her presidential campaign, that she was “tempted” to construct voodoo dolls in the images of “certain members” of the news media and Congress, and then “stick them full of pins.” 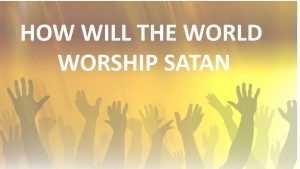 All this confirms what I have written for years in my books, and now Volume 2 of my Confessions series has apparently forced one of America’s most dangerous Satanic sects to close down their website, after being exposed in my book. They are called the Brotherhood of Satan, and years ago they publicly announced, on a now defunct website ( http://www.grailcode.net) the following shocking statement:

One of these two so-called leaders even said they called the FBI and tunred us in as being a Satanic cult. This is actually amusing. The Brotherhood has many connections in the Law Enforcement and the Justice System and they have a great respect for us both as individual Satanist and as a organization. Many of our high clergy are Freemasons and other related secret society members.

This is a screenshot of the statement above in case you think we are making this up: 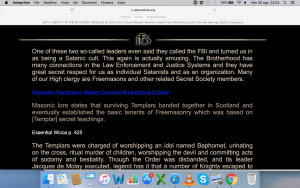 They were also celebrating 11 years for their main webiste, http://www.brotherhood-of-satan.com, that is now closed down, and all their public activies seem to have vanished from the web, after the publication of Confessions of an Illuminati vol.2 : 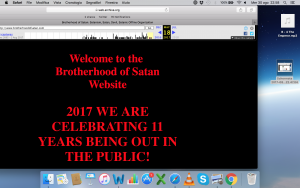 This is a huge succes in our battle against Satanism but this is only the first step thanks to this war we are fighting together for our president Donald J. Trump.