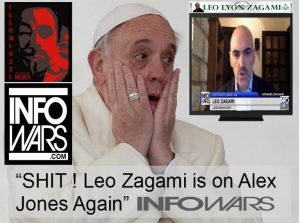 La Civiltà Cattolica (Italian for Catholic Civilization) is a periodical published by the Jesuits in Rome, Italy. It has been published continuously since 1850, and this year they launched an English edition, presented at Her Britannic Majesty’s Ambassador Residence to the Holy See, on February 28th, 2017. The Editor in Chief of La Civiltà Cattolica is the influential Jesuit Fr. Antonio Spadaro SJ. 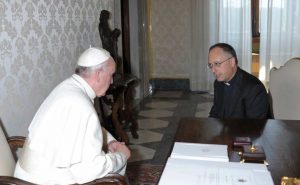 In an unprecendented move, Spadaro has written and published in the English edition of La Civiltà Cattolica, an open criticism towards Donald J. Trump, and American Christianity in the United States stating that:

President Trump steers the fight against a wider, generic collective entity of the “bad” or even the “very bad.” Sometimes the tones used by his supporters in some campaigns take on meanings that we could define as “epic.” These stances are based on Christian-Evangelical fundamentalist principles dating from the beginning of the 20th Century that have been gradually radicalized.

Popular Italian journalist Marcello Bussi from the newspaper Milano Finanza, commented on the article on his FB profile writing in shock:

“The Vatican declares war on Trump and is diabolical strategist Bannon” 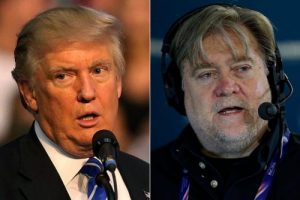 They profess “dominionism” and consider ecologists as people who are against the Christian faith. They place their own roots in a literalist understanding of the creation narratives of the book of Genesis that put humanity in a position of “dominion” over creation, while creation remains subject to human will in biblical submission.

In this theological vision, natural disasters, dramatic climate change and the global ecological crisis are not only not perceived as an alarm that should lead them to reconsider their dogmas, but they are seen as the complete opposite: signs that confirm their non-allegorical understanding of the final figures of the Book of Revelation and their apocalyptic hope in a “new heaven and a new earth.”

Theirs is a prophetic formula: fight the threats to American Christian values and prepare for the imminent justice of an Armageddon, a final showdown between Good and Evil, between God and Satan. In this sense, every process (be it of peace, dialogue, etc.) collapses before the needs of the end, the final battle against the enemy. And the community of believers (faith) becomes a community of combatants (fight). Such a unidirectional reading of the biblical texts can anesthetize consciences or actively support the most atrocious and dramatic portrayals of a world that is living beyond the frontiers of its own “promised land.”

They also attack Steven Bannon – a Catholic – and accuse him of being a “supporter of an apocalyptic geopolitics.”

This is the final declaration of war against real America made by the Jesuits and Pope Francis, so it’s about time we openly declare war on their pedohile networks and Vatican Money Laundering Schemes.

Check out the rest of the Jesuit article: https://laciviltacattolica.com/june-2017/evangelical-fundamentalism-and-catholic-integralism-in-the-usa-a-surprising-ecumenism/