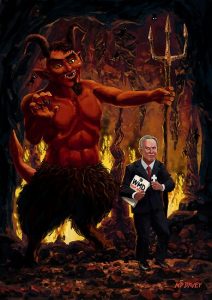 Radio-frequency identification (RFID) uses electromagnetic fields to automatically identify and track tags attached to objects. In 1998, British scientist Kevin Warwick conducted the very first experiment with RFID (radio-frequency identification) implants and became the first human to host a microchip. Lodged just under the skin, the implant was used for meager tasks like opening doors or switching on lights with just a wave of a hand. When Warwick strolled through the front door of his office, a computerized voice would be activated by the implant: “Good morning, Professor Warwick. You have five new emails.”These implants are now used to store digital identity information, medical records or to gain access to buildings.

Martijn Wismeijer, Dutch marketing manager for Bitcoin ATM manufacturer General Bytes, placed RFID chips in both of his hands to store his Bitcoin private keys and business card. Jonathan Oxer, a programmer based in Australia, self-implanted an RFID chip in his arm using a veterinary implantation tool. Thousands of Swedes are implanting microchips under their skin to speed up their daily routine. It is believed that the Mark of the Beast is a way to distinguish those who will worship the Antichrist indicating the End times; a future period when the world will cease to exist as we know it.

Now former British Prime Minister Tony Blair, one of the biggest criminals of the New World Order, who leads the globalist stronghold called the Tony Blair Institute for Global Change,said in a recorded message that digital IDs were a “natural evolution of the way that we’re going to use technology in any event to transact daily life, and this COVID crisis gives an additional reason for doing that.”

Earlier this week an article published in The Guardian warned that proof of immunity to the coronavirus could be used to create “a new class system.”This means we are moving faster than ever towards the final objective of Satan, the infamous implementation of the Mark of the Beast and the further persecution of Christians who will refuse this insanity.

In the meantime, An article published in Forbes last month said that future air travel could involve “no cabin bags, no lounges, no automatic upgrades, face masks, surgical gloves, self-check-in, self-bag-drop-off, immunity passports, on-the-spot blood tests and sanitation disinfection tunnels.”Adding: “Digital technologies and automation will play a critical role in the future of air travel”  one way of luring slaves of the Satanic New World Order. And now former U.K. Prime Minister and Jesuit agent Tony Blair has called for the creation of digital IDs to track “disease status” as part of the plans for restarting international travel after the global coronavirus crisis, but never forget Tony Blair’s connection with the Bohemian Grove denounced years ago by Guccifer, the incredible hacker who attacks political figures and celebrities effortlessly. 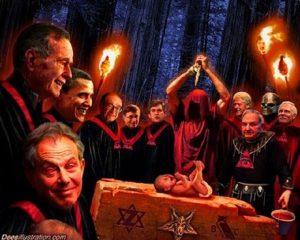 In the meantime Satan wings are spreading over Turkey as Turkey’s highest administrative court is falling under pressure from radical Anti-Cristian Islamic President Recep Erdoğan and a majority of Turks to reclaim the world’s greatest Byzantine basilica as a mosque. Turkish newspaper Hürriyet reported that earlier this month Erdoğan commissioned a comprehensive study on how to convert Hagia Sophia into a mosque and last week, the Turkish government celebrated the 567th anniversary of the Ottoman conquest of Istanbul with an Islamic prayer at Hagia Sophia. Remember God has begun to reveal the truth about the End Days, The Mark of the Beast, and the rise of the Islamic Antichrist whom the Muslims call Imam Madhi to those who are willing to search and listen to him.