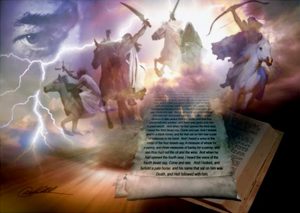 One of the Pope’s biggest campaigns has been climate change following the United Nations agenda dictated by the New World Order. The Jesuit Pope has dedicated numerous publications to the supposed issue, his most famous being the 2015 encyclical, Laudato Sí: On Care for Our Common Home. In the encyclical in question, he states, “Climate change is a global problem with grave implications.” Bergoglio even calls upon world leaders in an overly dramatic way to “listen to the cry of the earth and the cry of the poor, who suffer most because of the unbalanced ecology.”

Incredibly enough, the United Nations, which was built for the promotion of abortion, contraception, euthanasia, and the rise of most antichristian values, is now promoted by the False Prophet Pope Francis as the ultimate institution for a better world. However, a lot of people are waking up to the UN ’s real intentions to further the depopulation agenda and create a One World Government by destroying national sovereignty through the implementation of the UN’s 1975 Lima Declaration and later the 1992 Rio Declaration for 21st-century global governance often known as Agenda 21, that became more recently Agenda 2030, because the promotion is directed at putting an end to the problem of “overpopulation” while they launch the age of robotics to replace most human workers with machines.

For this reason, Pope Francis has also been outspoken against populism, saying that the growing movement pushing against elitist globalism makes one think of Hitler when in reality the real Hitler’s of today are indeed people like Pope Francis or his friend and collaborator Bill Gates. And although Pope Francis has compared abortion to hiring a hitman in the past, his blind alliance with the political left continues and its globalist agenda allows for a continued partnership that can only please Satan and his Jesuit devotees. No wonder Catholic Speaker of the House Nancy Pelosi, a Jesuit agent, is now including funding for abortion in her recent economic stimulus bill, persisting in her crusade to use taxpayer dollars to fund abortion.

For the third time in recent weeks, Pelosi is attempting to exploit the coronavirus crisis to push her abortion agenda on the American people, just like Pope Francis is using the crisis to cover-up the money missing from Peters Pence and implementing a One World Religion. After all, Pope Francis and the Jesuits have always supported Agenda 21, whose original target year of 2021 might have been partially achieved by unleashing the CCP virus plandemic on the world.

Related articles on the subject:

2 thoughts to “Pope Francis and the Depopulation Agenda”