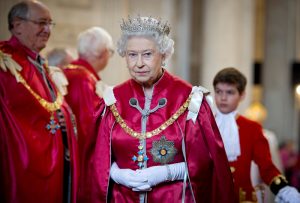 A Jesuit priest, who was once an adviser to Mother Teresa, abused a young boy he recruited as his child valet more than 1,000 times in various places across the world, and this is only one of the many cases perpetrated and covered up by the criminals of the Catholic Church in recent times. We are in front of a clear abuse of power by the worldwide elite that extends into many other institutions including the British Monarchy that has been covering up the infamous crime of pedophilia in the United Kingdom for a very long time.

Prince Andrew offered “Zero Cooperation’” in the Epstein Case, as the Prosecutor in charge stated at the end of January. The British royal was lying when he said he would aid American officials in investigating possible sex trafficking by Jeffrey Epstein’s associates. He has ignored any requests, just as the Vatican has done for so long. Five women say Prince Andrew witnessed Epstein abusing them but that’s something that will be conveniently dismissed because the F.B.I. will never be granted access to a British Royal.

Pedophilia scandals continue to emerge around the world, year after year, while corporate media tends to minimize this. Law enforcement agencies treat the sexual exploitation of minors as a growing global, systemic problem. Tension is rising for the Global pedophile rings and the elite covering them up who are literally in a state of panic, unleashing the Coronavirus that was created at The Pirbright Institute (UK) and has been awarded 11 U.S. Patents, including Coronavirus U.S. Pat. No. 10,130,701.The Institute is strategically funded by the Biotechnology and Biological Sciences Research Council, part of UK Research and Innovation (BBSRC UKRI) close to the British Crown, and also receives funding from many other organizations including the Bill & Melinda Gates Foundation close to the Vatican.

The Vatican and the worldwide elite wanted to impeach President Donald J. Trump to divert the global attention to their many scandals and regain control of the U.S. but they have failed, and Jesuit agent Nancy Pelosi showed to the world her true demonic colors during yesterday’s State of the Union Speech.

In the meantime, German newspaper Die Tagespost reports that in the Vatican, Pope Benedict’s secretary and Prefect of the Pontifical House Fr. Georg Ganswein has been placed on leave after the controversy over the celibacy book From the Depths of Our Hearts on clerical celibacy by Cardinal Robert Sarah, to which Benedict XVI contributed, but inside sources claim that there is another key reason for kicking him out, and that’s the 40-year-old Uruguayan priest, Gonzalo Aemilius, who is said to be Pope Francis’ lover and wants to take Father Georg Ganswein’s position that is also said to be of great importance in the pedophile network after serving Ratzinger for so long.

Father Gonzalo might accomplish his mission soon as they accept “younger” figures serving in the Holy See, and Father Georg is considered a “has been” who has deeply offended Pope Francis and the Jesuits who wanted Ratzinger silenced indefinitely on all topics concerning the transformation of the Catholic Faith in the One World Religion of Lucifer.

The Coronavirus is a man-made British invention meant to not only scare the public into agreeing to forced government inoculations but also in deflecting the general interest from the big scandals of the pedophile rings, like the ones involving Prince Andrew, Weinstein, Jeffrey Epstein, Cardinal Pell, and many others.

3 thoughts to “The Vatican, The British Royals, and the Global Pedophile Ring Unleash the Coronavirus”