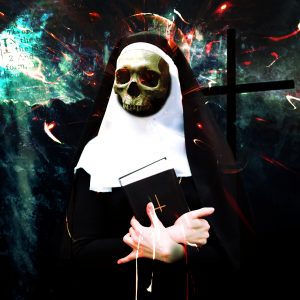 The New York Timesreported on August 2nd that nuns in the United States who bought and sold human beings during the period dating the pre-Civil War. The institution of slavery did not go unchallenged as the first opponents of slavery were the slaves themselves, but never has the Catholic Church actually stated that it is one of the first proponents of this infamous practice in America as a source of cheap labor.

Slavery had it’s beginning in America in 1619, when a Dutch ship brought 20 African slaves ashore in the British colony of Jamestown, Virginia, but it was the Jesuits that inspired and supported such practice.In 1592, the Jesuits began a mission in the Dutch Republic to consolidate Catholicism in the Northern Provinces. In 1612, the Provincia Belgica was divided into the Provincia Flandro-Belgica. The Provincia Gallo-Belgica was the professed house at Antwerp and the Jesuit college of Lille being their respective headquarters. By the end of the sixteenth and the first decades of the seventeenth century, both Jesuit provinces in the Netherlands were among the most prosperous in society, building their success on a dense network of colleges, impressive achievements, and a high recruitment rate.

Throughout the 17th century, European settlers in North America turned to African slaves as a cheaper, more plentiful labor source than indentured servants, who were mostly poor Europeans.The New York Timesreports that America’s nuns are now beginning to confront their ties to slavery, but it’s still a long road to repentance. The Georgetown Visitation sisters and school officials have organized a series of discussions for students, faculty, staff, and alumnae, including a prayer service in April that commemorated the enslaved people, “whose involuntary sacrifices supported the growth of this school.”

The records show that the Georgetown Visitation sisters, in particular, owned at least 107 enslaved men, women, and children and they sold dozens of those people to pay debts and to help finance the expansion of their school and the construction of a new chapel.

“Nothing else to do than to dispose of the family of Negroes,”wrote Mother Agnes Brent in 1821, the convent’s Superior, as she approved the sale of a couple and their two young children. There are many dark secrets that are being gradually uncovered by contemporary historians that say that nearly all of the orders of Catholic sisters established by the late 1820s owned slaves just as their male counterparts, in particular, the Company of Jesus.

Rachel L. Swarnswrites in The New York Times:Nuns disposing of black families? I have been poring over 19th-century church records for several years now and such casual cruelty from leaders of the faith still takes my breath away. I am a black journalist and a black Catholic. Yet I grew up knowing nothing about the nuns who bought and sold human beings.

For more info on the Jesuit link to slavery, please check out this article from April 2019:

One thought to “Nuns Who Bought and Sold Human Beings Shock America!”