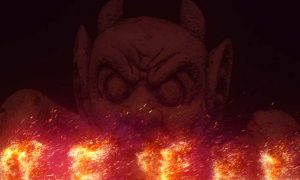 I lived in Scandinavia for many years and in my book, Confessions of an Illuminati vol.2  I described in detail how:

The Scandinavian Illuminati community and their Swedish Rite of Freemasonry which is full of Christian hypocrisy are considered an example to follow by many in the U.S. Masonic community who, unfortunately, are ignorant of the facts.  The Illuminati elite are very fond of Scandinavian “socialist” ideals… similar to that which appeals to the Obama camp; or even Bernie Sanders. Scandinavians of the Swedish Rite, thus, represent a living example of the future as provided by the New World Order, and Americans are just beginning to feel a similar sense of oppression. If the criminal Hillary Clinton ever manages to rise to power, the Illuminati communist tradition may fully manifest within the USA. In other words, the U.S. and the rest of Europe are just one step away from a Nazi-Communist model that has been in place in Scandinavia for years. The only difference is that the Scandinavian population voluntarily participates in this sick game—and countries such as Norway, Sweden, and the rest of Scandinavia, including Iceland (although to a much lesser degree than the others because of their remoteness). These countries are under the complete control of a Nazi-Fascist Police State ruled by Socialist/Communist leaders. What a mix from hell! And from my viewpoint, the majority of Scandinavians don’t seem to care.  they have traded their silence in exchange for material satisfaction from the state.

So it is no wonder that thousands of Swedish people are now consenting to have microchips placed under their skin to aid them in financial transactions, traveling on the train, and opening locked doors.

As I have written in Vol. 6.66., we are indeed in a critical time for humanity that will decide the destiny of the future of our species, so we need to be aware, unlike the majority of the sheeple out there ready to be microchipped and brainwashed by Virtual Reality. 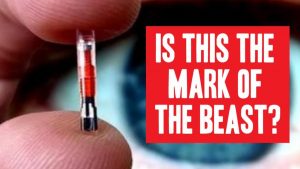 Many American states have fortunately introduced laws that forbid that it be required that human beings be chipped which at the moment prevents employers from forcing their employees to have the device implanted but be sure that if the Democrats ever took control of the White House again this possibility will no longer exist.

Remember skeptics out there, that uncritical acceptance of the grand disruptive schemes that the tech industry is forcing upon us every day will make our children and their descendant’s slaves of Cyber Satan and his “Legion” so we need to act as soon as possible. Angels, aliens, cryptids, apparitions, poltergeists, and IDEs (interdimensional entities) are all a part of this End Times timeline.

Edwin Black, investigative journalist and author of War Against the Weak: Eugenics and America’s Campaign to Create a Master Race, said that this new technology could spell the end of personal freedom for whole populations:

“For many years, the privacy community has feared this moment when the implantable chip would become small enough to be injected into the hand,”

Black also added “This means that human behavior can be trackable and controllable by the injector, and if that injector is a government or a corporation under the control of government, we are turning a corner where government will be able to wipe out a whole class of people based on their origin or opposition to policy.”

Soon we as God’s people won’t be able to accept the mark of the Beast and that will mean that we will not be permitted to engage in commerce any longer. However, there will also be corrupt Christian Churches that will say that this is not the case, falsely stating that if a computer chip is used for identification purposes it does not necessarily make it the Mark of the Beast. Don’t believe in their lies!

Of course, Edwin Black also mentioned Communist/Jesuit  China, who he called “a pioneer of the eugenics of our time,” and its social credit system, which already controls the behavior and movements of its brainwashed citizens in the hands of an Orwellian nightmare just like in Sweden.

Time is running out, so it’s vitally important to refuse any mandated implanting of a data chip in your body at all costs, as I stated in my now-legendary interview with Project Camelot.