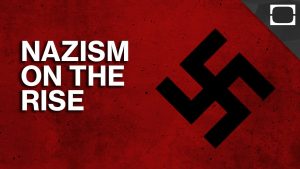 Matteo Salvini, Italy’s Deputy Prime Minister has had to defend himself a lot lately, it seems. While an investigation was opened by Milan prosecutors into the Lombardy-Russia Association where Salvini continues to insist his party’s balance sheets are transparent and that he never asked for money from the Russians, the infamous Sea-Watch3 captain, Carola Rackete, who works for Soros, filed a lawsuit on Friday against Salvini’s Facebook and Twitter accounts because they allegedly inspired hate against her and Alessandra Vella, the left-wing Sicilian prosecutor who released her even after she almost killed a group of Italian policemen from the Guardia di Finanza after ramming it with her ship, defiant of the minister’s closed-ports policy.

Salvini reacted to Rackete’s announced suit Thursday by saying, “The German Communist, the one who rammed the finance guard patrol boat, has asked prosecutors to close my Facebook and Twitter pages.”

Unfortunately, the Italian judiciary system is completely rigged and there is no hope for Italians until they rediscuss the whole system or there is a civil war. I hope that Matteo Salvini  is 100% innocent of the accusation of Russian collusion so he can continue his job as Interior Minister, but he also needs to move from just words to facts, as the refugee crisis continues to bring thousands of people into Italy despite his claims, and people like Carola Rackete need to be kept in jail, not released.

Rackete even received an award in Paris for her gesture, while the Old Continent and Great Britain continue their persecution of freedom fighters like Tommy Robinson. Since Tommy Robinson was convicted for defying a court order, Facebook opened a new ban on Robinson, in Sweden, all you have to do is write his name on the social media platform to be banned for up to 30 days. Facebook user and opinion maker Johan Widén wanted to test the ban and wrote Robinson’s name in an update without adding a link to his text – and boom – he was banned.

The EU and Great Britain’s latest acts of censorship look more and more reminiscent of Nazi Germany, and it’s obvious that our future is in extreme peril when people like Carola Rackete are made into heroes, and true heroes like Tommy Robinson sit in a jail cell. 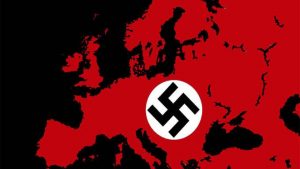 Don’t miss another exciting date on Zagami’s Book Tour for July 16, 2019 at the Patio Gallery room at the Spring’s Preserve in Las Vegas. The Springs will have the rooms opening from 5:30 pm and the event will start at 6pm!

To reserve your place and for more enquiries: [email protected]