Enjoy another Christmas of hypocrisy and lies blessed by the Jesuit Pope thanks to the mainstream media, but remember God seems to be getting increasingly upset. Italian volcano Mount Etna erupted yesterday afternoon spewing a giant ash cloud into the sky. Mount Etna, at 3,330 meters (10,926 feet), is the highest volcano in mainland Europe and is considered to be one of the most active in the world. The world’s deadliest volcanoes seem to be activating worldwide and Mount Etna is not the only one. Growing reports of earthquakes and volcano eruptions in regions along the Pacific Ring of Fire,for example, might lead some to believe that the level of volcanic activity in recent months is definitely above average around the world. The deadly tsunami in Indonesia a few days ago was triggered by a chunk of the Anak Krakatau volcano slipping into the ocean, but this is probably only the beginning of a much wider problem humanity might face in 2019. 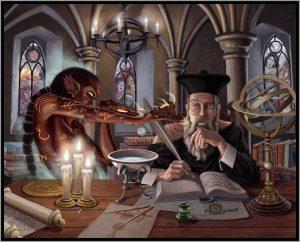 Nostradamus predicted that Italy will be shaken by an eruption of Mount Vesuvius at the beginning of 2019. This volcano has not erupted since 1944, and usually only erupts every 20 years. So, it has been building up pressure for 70 or more years. Around 3 •   million people live in nearby Naples, and Europe will fall into the dark ages if this happens, leading to a possible new Ice Age.  Volcanic eruptions in the 13th and 15th centuries appear to have triggered the Little Ice Age. A mysterious, centuries-long cool spell, dubbed the Little Ice Age, appears to have been caused by a series of volcanic eruptions and sustained by sea ice, a new study indicates. The research, which looked at chemical clues preserved in Arctic vegetation, as well as other data, also pinpointed the start of the Little Ice Age at the end of the 13th century. During the cool spell, which lasted into the late 19th century, advancing glaciers destroyed northern European towns and froze the Thames River in London and canals in the Netherlands, places that are now ice-free. There is also evidence it affected other continents.

One thought to “Volcanic Christmas”