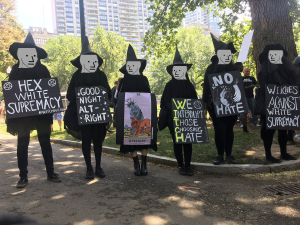 While Archbishop Carlo Maria Viganò prepared  a third letter on the Archbishop McCarrick affair, that names key documents which, he says, show that Vatican officials had detailed knowledge of McCarrick’s sexual corruption, the situation in the Vatican is getting more tense every day as the liberal agenda of Pope Francis, who is fighting so-called populism in favor of mass migration and LGBT rights, is pushing people away from the Catholic Church. Most Americans, who were raised Catholic and left the church, after the recent scandals, will never rejoin according to a Pew Research Center survey examining American Catholics and family life.

In the meantime, the George Soros funded liberal propaganda and their use of distorted media coverage, full of half-truths, deceit, liberal denial, and liberal bias continuously promoted by the MSM to force their liberal political goals and what is left of the Democratic Party is no longer working. Soros and his allies are openly resorting to Black Magic and other diableries inspired by the dark side of the Illuminati to win the midterm elections and sabotage president Trump.

Each month, thousands of anti-Trump left-wing witches and sorcerers  have been casting spells against Donald J. Trump, thanks to the so-called  “Magic for the Resistance” (now also a book) devised by Liberal Freemason and pro-Jesuit Illuminati, Michael M.Hughes, who has recently launched this dramatic appeal against Trump for the midterm elections:

” It is not an exaggeration to say this may be the most critical election of our lifetimes. Every day we witness the juggernaut of Trumpism rolling forward, crushing our democracy and spreading discord, hate, and corruption. The Trump cultists—and let’s face it, his supporters are truly members of a cult of personality, drunk on power, spite, and bigotry—have embraced the most brutish and ugly authoritarianism I have seen in my half-century on this planet. They don’t care that their Dear Leader is the most brazenly corrupt, lying, venal, and treasonous politician ever to hold the highest office. In fact, they celebrate it.”

Today, witches are gathering in Brooklyn for a public hex on newly nominated Supreme Court justice, Brett Kavanaugh.  The witches at Catland Books, Brooklyn’s “premiere occult bookshop and spiritual community space,” have announced that they’re also hosting a second ritual to hex Supreme Court Justice Brett Kavanaugh on Saturday, November 3, just before the “Blue Wave ritual”, and yet another event planned by Michael M. Hughes on the 5th of November to supposedly save America from Donald J. Trump.

Strangely enough, a Catholic exorcist operating in California called Father Gary Thomas, announced his plans on Wednesday to hold a mass to protect Brett Kavanaugh from the ritual of the evil witches, but, of course, Father Thomas ignores the fact the Pope fully endorses his Satanic enemies and their evil Black Magical rituals. 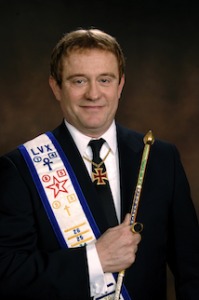 Known pro-Trumpian occultist and Imperator of one of the main branches of The Hermetic Order of the Golden Dawn,  David Griffin, replied to the Kavanaugh hexing taking place today in the following way: “This nonsense has nothing at all to do with religion. These are not even real Witches. This is just a sick, twisted, BLACK MAGICK CULT of misguided SJW wannabe witchlets who have no moral compass and think it’s fine to go around hexing people and attacking our Republic just because they don’t get what they want.. Politics is not a realm where, when you lose, you get to turn over the table and get your way by throwing temper tantrums. Get over it already or move to Venezuela. Rules are RULES. Most REAL witches CONDEMN the misuse of Magick by these poor misguided fools for ethical reasons as do I. These are not even real witches. They are just lost girls playing with dolls, dressed up in their mommies’ heels, pretending to be all grown-up.”

The midterm elections are getting closer and the leftists that realize the “Blue Wave” will fail, are now saying the system is rigged. The pro-Soros Huffpost writes, in fact, that the “U.S. political system is institutionally rigged in favor of conservative white voters who drastically diverge from the political values of most Americans. ” Adding without any sense of shame,

“This is why Kavanaugh was able to be confirmed by the Senate, and it’s the reason filmmaker Michael Moore, who predicted Trump’s victory in 2016, recently warned that Trump could very likely be a two-term president. “

Only one thing is for sure, Trump will be re-elected in 2020, because Trump supporters are seeing right through the lies and deceipt of the Pope and George Soros, and they must be stopped as they represent the forces of the Antichrist. The Caravan of 3,000 Central American migrants that just crossed into Mexico is a subversive action planned by Soros that will eventually bring millions of dollars to Catholic and Soros NGO’s involved in “saving” them. Evidence of Soros funding of an earlier “spontaneous”migration have been found among the tentacles of support that flow from his Open Society group coffers. The midterm elections on November 6th, 2018 will finally give the US voters their first chance to show their appreciation and positive judgement on Trump, so we all need to get out and vote Republican if you are a US citizen if we want to defeat the New World Order and the Deep State that works for them.