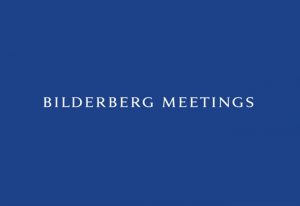 The town of Turin shuts down for the arrival of the Bildebergers, that is creating massive problems for traffic in the relatively small city.

The elite are staying at the Marriot AC Hotel, in what used to be an old Italian pasta factory from 1908, and, unfortunately, the Italian tax payer must foot the bill.  It’s the talk of the country, as even at my local pizzeria they were discussing the arrival of the infamous Bilderberg club, which shows that many are finally waking up to the evil reality we are living.

In the meantime, my wife has released a new edition of her book, Confessions of an Illuminati Princess that includes an exclusive interview with me and new added content that makes it a must for all readers and followers of my work.

This is a small extract:

Q. You talk a lot about subjects that some wouldn’t want disclosed, has your life ever been in danger?

A. The answer is unfortunately, yes, and more than once. Especially at the begining of my exposure work on the internet concerning the New World Order and the Secret Societies I was involved in. During that time, I got in some serious trouble indeed. To tell you the truth, I was particularly unlucky initially due to various factors at work. First of all, when I decided in 2006, to move forward and make public my testimony and privileged info on the web I was still living, almost secluded, in the suburbs of Oslo, the Norwegian capital. I was most of the time far away from my privileged contacts in Italy and the UK, and this made me particularly vulnerable to the potential enemy once I started exposing them. I had been on a secret mission in Norway for many years on behalf of the Monte Carlo Lodge of the P2, initially to establish a close link with certain occult groups based in Scandinavia,  and possibily try to open relations with the very reclusive Swedish Rite of Freemasonry and the Norwegian Order of Freemasons, in particular. After failing in this delicate mission, mostly due to racism and bigotry, I surprisingly found in both Norwegian and Swedish Freemasonry, also infiltrated by anti-Christian forces of the Ordo Templi Orientis shaking Christian values, I moved on and decided with the support of the Monte Carlo Lodge, and a certain number of Norwegian Brothers, to establish a real Masonic alternative for Oslo and the Kingdom of Norway, with the help of the Masonic High Council, a new Masonic body established on the 25th of January 2005, in London. So I proceeded in the same year with the creation of an independent lodge in Oslo before I eventually broke from the bad guys, creating in this way a sort of support mechanism for my work and secret projects in that period. This lodge made up of genuine Brothers who truly cared for the future of Freemasonry, was not numerous, and most of its members were ordinary people from all walks of life with their hearts in the right place. This lodge was of great help when I started my internet exposure, and even when most of Freemasonry, including the Masonic High Council started criticizing my move, the Brothers of my lodge in Oslo, supportive of my new stand against the New World Order, decided to break Masonic relations with them.

My disclosure work on the net was immediately met with censorship and various threats from the Norwegian authorities, who eventually accused me of espionage and arrested me, opening a case that was dropped only in February 2010. However, at the time I was way too open and at times almost to naive about the result of such disclosure, as most of the people that contacted me from September 2006 when I officially began my first Illuminati Confessions blog saying they wanted to “help me” were most of the time looking to make a quick buck, or  wanted to involve me in some form of exploitation of my persona. Honestly, in a few occasions I could have truly ended up dead because of such idiots and their lack of knowledge about the truly dangerous situation surrounding me at the time. Especially when I traveled to the US in 2008. I was in fact fighting some powerful people after I was forced to leave the Monte Carlo Lodge in early Summer 2006, and the people around me completely underestimated the dangers of this whole situation ending at times in life threatening accidents as they sabotaged more than once our vehicles.  If I did not have a strong belief in God and in my cause,  I would probably be dead by now. Since then, I had some bad experiences in Italy due to my political involvement, but in the last 4 years my life has been relatively peaceful thanks to a more detached approach and the love of a fantastic wife.  I am also thankful for the genuine support of many people like Sean Stone, who encouraged  me to obtain my first book deal in the US,  and in the last four years Alex Jones and the fantastic team of Infowars who have encouraged and supported my work as an investigative journalist.

Q. Do you work for the CIA?

A. No, but I would probably be much richer now if I did, and I don’t necessarily think it is a bad thing to work for them. In the past, when I was still in the Monte Carlo Lodge, I was asked to participate more than once in Intelligence operations run by the Agency, and now from time to time I have some contact with members of the CIA, or other Intelligence institutions from around the world, but I am an independent thinker and I never had any clear offer from Langley in that sense. I sincerly don’t think I fit the ideal profile for one of their agents and I am sure you agree. 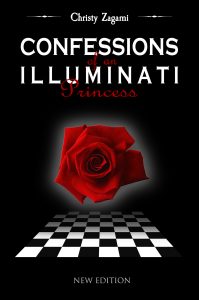