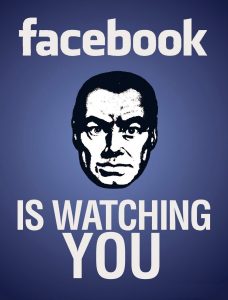 We all know that Facebook’s trending bar deliberately suppresses conservative news, and we also  know that the tech conglomerate has a “political agenda”. As Fox News host Tucker Carlson claimed a couple of months ago, “Facebook is not a neutral host; it has a political agenda,”Fox News host Tucker Carlson said on his show Tucker Carlson Tonight.“It’s an act of ideological warfare, and it’s far more worrying than anything that Cambridge Analytica has done, or is accused of doing.”

Today I was blocked once again for 30 days for simply writing that Italy could only free themselves from the left-wing Catholic globalists with a civil war, as the Italian president has just announced that he will decide who will be the key ministers, and not the populist  parties elected on the 4th of March, ignoring the political results. The Italian president also warned that he will not tolerate criticism of the European Union or talk about State sovereignty.

My post was only a political one with no insults, quickly gathering likes and support from my followers, but the FB mafia has decided to activate their unjust censorship once again.

Welcome to the future of social interaction, where no opposition is allowed! 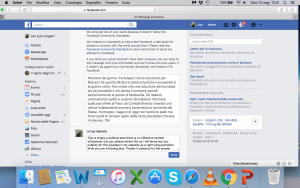 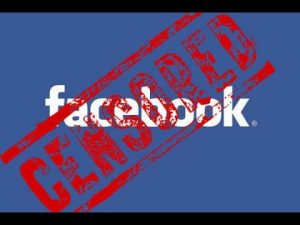