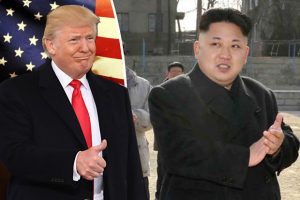 Since 1901, the Norwegian Nobel Committee has been responsible for selecting the Nobel Peace Prize Laureates, according to the terms of Alfred Nobel’s Will. On Oct 9,2009, war-monger Barack Hussein Obama was awarded the Nobel Peace Prize after just eight and a half months in the White House.  Later, the Norwegians realized that awarding the Nobel Peace Prize to US President Barack Obama in 2009 was a big mistake, and its ex-secretary Geir Lundestad in charge of the Committe until 2014,  told the AP news agency that, “Even many of Obama’s supporters believed that the prize was a mistake,” adding, “In that sense, the committee didn’t achieve what it had hoped for.”

Did the Nobel Peace Prize Committee, who are in the hands of a bunch of degenerate Jesuit agents from Norway’s Swedish Rite of Freemasonry, give the prize  out of political interest for the enormous promise that Obama held for the left-wing globalists, rather than recognition of concrete achievement? Remember, that when Obama entered office, he pledged to end the wars the United States was engaged in, and to embark upon a large-scale disarmament. Instead, this charlatan proved himself as one of the most militaristic-minded American presidents since WW2, which became a complete disaster for Norway’s Peace Prize Committee. 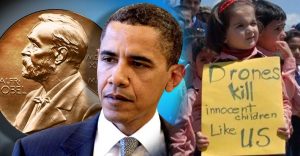 Now in 2018, Norway’s Nobel Committee is finally able to fix this unjustice by giving president Donald J.  Trump the just recognition he deserves, with a right and honorable Nobel Peace Prize for bringing  South Korean and North Korea to the table. Thanks to President Trump, the leaders from North Korea and South Korea officially agreed in a unprecedented move, to end the Korean war, and work for the “complete denuclearization of the Korean peninsula,”.

If the Kingdom of Noway and its Nobel Peace Prize Committee want to be taken seriously on the world stage they need to act now or history will condemn them!