13 years ago, AISI, the Italian domestic intelligence agency warned in their official publication called GNOSIS, of “the integrated Nigerian threat” and something “even more complex and dangerous”, and

“the practice of voodoo and ju-ju” adding that: “This criminal organization reaches Italy through an impenetrable and indefinable network which has the potentiality of conveying integralist topics, illegal lobbies’ interests and criminal activities.”

If this has been something known for so long, why aren’t they doing anything to stop it now? Is George Soros forcing the AISI to close an eye on its Nigerian mafia buddies? At the end of January 2018, the dismembered body of an 18-year-old Italian girl, Pamela Mastropietro, was found in two suitcases along side a country road near the town of Macerata, Italy. Investigations quickly led to the home of the ironically named Innocent Oseghale, a 29-year-old Nigerian illegal immigrant, with a criminal record for drug dealing who will be joined in prison ten days later by Desmond Lucky, 22, and Awelima Lucky, 27.

Blood-covered clothes belonging to the girl were found in Innocent Oseghale’s apartment. He had washed part of her body with bleach. The discovery that her heart and internal organs were removed from the remain of her body found in a suitcase has now led investigators to suspect that the girl may have been sacrificed in some kind of voodoo ritual. Her mother identified her daughter’s body from the head alone. A short time later, on the third of February, Italian nationalist Luca Traini went on a shooting rampage across Macerata to vindicate Pamela, injuring several black people. 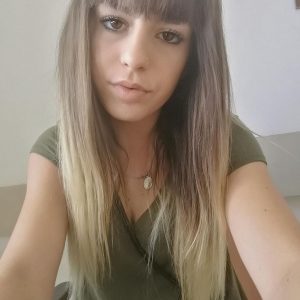 There have been previous reports (link) of African drug dealers practising voodoo, among other things, call for the deaths of the police officers who arrest them. These are the ways of the feared Nigerian mafia whose voodoo temples are now all over Italy supported by the agents of the New World Order: https://www.youtube.com/watch?v=s2F3XL7V7wI