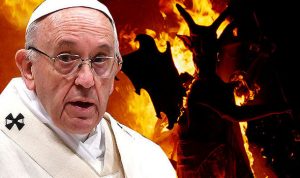 Breaking news from Chile as Pope Francis’ words ,  shocked many when he defended the Bishop of Osorno, Juan Barros, who protects and covers for the suspected pedophile named Luis Fernando Figari Rodrigo.

Rodrigo, is a Peruvian Catholic layman and the founder and former superior general of Sodalitium Christianae Vitae. He also founded the Christian Life Movement and several other religious associations before becoming the object of allegations of physical, psychological, and sexual abuse of young men, some of whom were minors that were forced with unusual requests under the guise of spiritual guidance. Mr. Figari Rodrigo, even told young men to undress in front of cameras recording such shocking acts for personal use. “If someone asked you to do something, you simply did it,” said Mr. Osterling, now 44, while recalling a night in 1991. “Some 20 years later, I realized that lots of people were asked to undress.”

Prosecutors in Peru have been after this scumbag since 2015, but when they began their criminal investigation, Figari conveniently disappeared to Rome, protected by Bishop Juan Barros. He eventually sought refuge in a convent in central Italy. A Peruvian judge is now set to rule on whether to authorize his arrest, which would allow prosecutors to seek extradition.