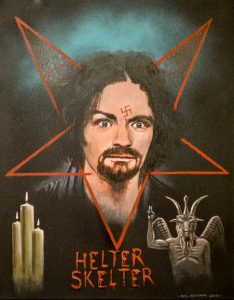 Charles Manson, the sick mind behind a Los Angeles killing spree in 1969, that ended in seven murders including pregnant actress Sharon Tate, died yesterday in a Bakersfield, CA hospital. He was 83 (not 93…). Manson hung around the fringes of show business in the ’60s, then created his reign of sectarian terror, spending the past 46 years in prison. Only a few people know about his brainwashing by the Illuminati, and his occasional visits to Georgina Brayton’s 1960’s Solar Lodge of the Ordo Templi Orientis, otherwise known as the “Riverside Lodge of the OTO” founded in 1965. Most of all, they ignore the fact that the criminal activities and the murders he ordered in 1969 eventually inspired the birth of the “Caliphate”, the first Grand Lodge of the O.T.O. founded in California in 1977, for the purpose of receiving tax-exempt status as a religious association, and to benefit from an alleged claim on Crowley copyrights worldwide.

Let’s explore this history, with the help of O.T.O. researcher and expert Peter-Robert Koenig who writes: “The Caliphate has frequently described this earlier O.T.O. lodge as irregular, but Phyllis Seckler, one of the Caliphate’s main protagonists (she was the wife of its founder, Grady L. McMurtry) has admitted that the Solar Lodge was a genuine O.T.O. body. To exaggerate a little, one could say that without Manson, the Caliphate would not exist at all.” 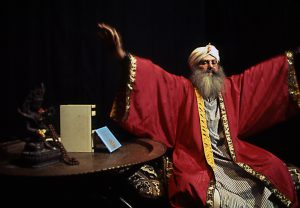 So here we are in 2017, and mainstream journalism and the likes still don’t talk about the link between cult leader Charles Manson and what turned out to be a regular lodge of the Ordo Templi Orientis.

Koenig writes: “Members of the Solar Lodge acquired a dubious reputation when some of them were accused of breaking into the homes of Karl Germer’s widow Sascha, Israel Regardie, and Mildred Burlingame to steal O.T.O. documents. When Phyllis Seckler (a former member of the defunct Agapé) came to hear of this, she contacted another ex-Agapéan, Grady L. McMurtry in January 1969. Seckler and McMurtry marry, and become the founding nucleus of the Caliphate.”

Apparently it was the infamous Manson Family who broke into the homes of Germer’s widow, Regardie and Burlingame to steal important material belonging to Aleister Crowley, that were later given to the Solar lodge of the O.T.O. In 1969, the members of the Solar lodge were charged with mistreatment of a six-year-old son of one the members, in a case that came to be known as “The Boy in the Box”, that saw a poor 6-year-old boy called Saul Gibbons forced to sit for 56 days inside a six-foot by six-foot box with a chain padlocked to his left leg and attached to a heavy metal plate. This was because he set fire to his bedroom while playing with one of Crowley’s stolen paraphenalia. The fire got out of hand and allegedly all of Aleister Crowley’s written diaries had been destroyed in the fire.

When the police discovered the boy, the box contained an uncovered plastic jug with drinking water, a food encrusted plate, and a small washtub filled with dirty water. The stench was nauseating, the flies were swarming, it was hot, and the child could not even recall how long he had been in the box. Brayton, her husband, and other officers of the O.T.O. performed “interstate flight to avoid prosecution”traveled to Mexico and Canada, and eventually engaged in a publicity campaign that alleged a conspiracy against them by law enforcement officers and the courts. Initially, a few members went to jail for 6 months on a felony conviction, a few went to jail for 3 months on a misdemeanor conviction, and a few had their charges dismissed. When Brayton and her husband were arrested, she pleaded no contest and was sentenced to three years of probation along with a $500 fine.

At that point all was clear for the final take over of the O.T.O. by the US Military Intelligence and the late Grady Louis McMurtry (October 18, 1918 – July 12, 1985), who was deployed in Europe as a young Army Lieutenant, a personal student of author and occultist Aleister Crowley, who elevated him to IX° of O.T.O., giving him the name Hymenaeus Alpha (which enumerates to 777) in November 1943. 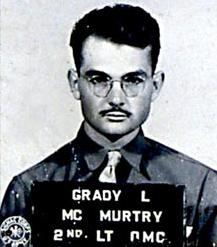 Grady Louis McMurtry as an officer in 1941

On March 20, 1973, McMurtry and Seckler, with the secret support of the American intelligence network behind them, publicly copyrighted Crowley material for the first time.

As also pointed out by known journalist a number of intelligence agents with occult interests, they already had their hooks into the O.T.O. One of them was Gerald Yorke, a veteran British intelligence agent working with American intelligence in an attempt to absorb the OTO into the ideological warfare network of the political right. Before the horns of Thelemite succession were bestowed upon Grady McMurty.

When it was revealed in the tabloid press that Manson might have been an occasional visitor to Jean Brayton’s O.T.O., McMurtry promptly informed on Brayton to the FBI, almost certainly to avoid his own affairs being investigated too closely. He also furnished journalists with information about Brayton and the Solar Lodge; in return for this favor, Ed Sanders made no mention of McMurtry in the first edition of his book on the Manson affair “The Family”. More recent editions of “The Family” also exclude any mention of the O.T.O. as well. Earlier, Sanders reported that at least five separate sources informed him that Manson was involved with the Solar Temple Lodge, both at the Lodge’s desert ranch, and at one of their houses in L.A., located near the USC campus. Sander’s also claimed that a house owned by Brayton at 1251 West Thirtieth Street in Los Angeles was supposedly frequented by Manson. [In fact, it was Manson ‘Family’ member Tex Watson, not Charles Manson.] 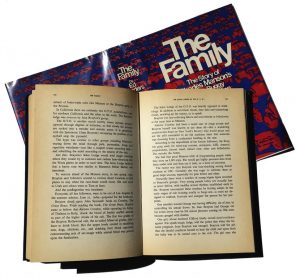 Now that Charles Manson, the cult leader who sent his followers known as the ”Manson Family” out to commit gruesome murders, shattering the peace-and-love ethos of the 1960s hippie era in California, has finally died, can we please reveal the truth about his role in the birth of the modern Ordo Templi Orientis, and can we please stop censoring this uncomfortable truth about the birth of this dangerous sect that is now taking over the Hollywood star system. 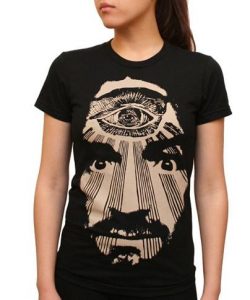