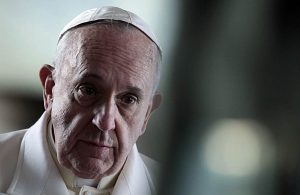 When Jesus was asked what would signal His return and the end of the age, He said to look for many signs. One of those signs was the appearance of earthquakes (Matthew 24:7). But earthquakes aren’t a rare occurrence, earthquakes have been a part of human life since Adam and Eve. The Bible says they appeared in the days of Amos (Amos 1:1) and King Saul (1 Samuel 14:15). They appeared in the days of Paul and Silas (Acts 16:26),  and non-biblical history tells us earthquakes shook ancient China, Italy, Greece, Turkey, Syria, and other nations.  This means earthquakes (or even what seems to be a numerical increase in the number of earthquakes) are not a sign of the Second Coming. Instead, Jesus said to look for an increase in the frequency of large earthquakes and that this increase will fit the pattern Jesus described – a pattern of more frequent intense events rising to a climax.

Earthquakes continue to increase in frequency and intensity, just as the Bible predicts in the last days before the return of Christ. Almost 9 in 10 pastors see at least some current events matching those Jesus said would occur shortly before he returns to Earth. So when three earthquakes, two in Israel and one in Italy, took place in the same hour yesterday, the 10th of May 2020, one rabbi with an auspicious lineage, linked their coincidence with the current pandemic, suggesting a timely divine message with ominous implications.

This suggestion seems to match what the Italian“Prophecy Hunter”Renzo Baschera, wrote about the prophecies of Saint John Boscofounder of the Salesian Society: “Rome, like Paris, will be destroyed. At this point, dozens of prophecies seem to agree. Destruction of the city of Rome, however, will not be so sudden and immediate. There will be certain ‘signs’ first. In fact, it is written: I will come to you four times. ‘The first’ sign will be given by an earthquake (but it will be a series of mini-earthquakes, which ‘will run rampant on the Roman hills, as runaway goats’).”

After a relatively quiet period of 36 years without any major earthquakes, three major 6+ magnitude earthquake hit central Italy in recent years. In 2016, during one of the largest earthquakes, cracks appeared in the ceiling of St. Paul’s Basilica and plaster fell to the ground. A major earthquake in Rome could bring its signature ancient stone ruins tumbling to the ground and, of course it would also shake the seat of the Catholic Church.

On Sunday evening in Italy, Monday morning in Israel, two minor earthquakes shook northern Israel. At 5:38 am local time, a 3.2 magnitude shook the Lower Galilee with its epicenter some 8.6 miles north of Beit Shean in the Jordan Valley. The second Israeli earthquake on Monday, 2.7 in magnitude, took place around 6:53 am. Its exact epicenter was believed to be in Lebanon, about 33 miles north of Nahariya, the northernmost coastal city in Israel. At 5:03 am local time on Monday, less than half an hour after the Jordan valley stopped shaking and half an hour before Nahariya began shaking, a 3.2-3.7 magnitude earthquake shook Vatican City in Rome. Though there were no injuries and no damage reported, reports on social media described panicked residents running into the streets. Italy is seismically active with frequent earthquakes and several active volcanoes that have been increasingly active in recent months. The 6.6 magnitude earthquake that hit in 2016 some 50 miles outside of Rome left 15,000 people homeless.

Rabbi Yosef Dayan, a former member of the Sanhedrin, and descendant of King David, noted a direct connection between the two earthquakes linking the Vatican and the Holy land in the last 24 hours saying: “We are currently in a reality dominated by the coronavirus. By its very name which means ‘crown’, Corona hints at God’s aspect of מלכות(malchut, kingship). The entire purpose of the coronavirus is to awaken all of mankind to the perversion of the concept of kingship in the world. Rulers may only rule by the grace of God. The moment a government rejects God, becomes anti-God, then God will step in and show them who is really in charge.”

Rabbi Dayan explained that the name of God, “Elohim”, refers to His aspect revealed through nature and linked to judgment adding: “Even today, every natural phenomenon can literally be an awe-inspiring experience, an occasionally fearsome reminder of our mortality and limitations. The near-simultaneous earthquakes were God shaking the one who stole his crown while pointing to where the crown truly should be. In this case, the Vatican was established as a replacement for Solomon’s Temple, as if there could ever be such a thing. As the true Temple becomes imminent, the existence of the Vatican, a fake version of the Temple in Jerusalem, becomes more offensive to the king whose throne was in Israel. This gentle earthquake was like shaking Rome awake. Remember, Italy was hit very hard by the corona-crown virus.”

Israel is experiencing a period of many minor earthquakes. On Wednesday, a magnitude 3.3 earthquake was reported in the Negev. Just before the holiday of Passover about one month ago. A 4.3 magnitude earthquake struck the southernmost city of Eilat, near where some believe the sea split after the Exodus from Egypt. The Geophysical Institute said the earthquake’s epicenter was about 62 miles south of the city, in the Gulf of Eilat.

Also about that time, a 4.7 magnitude earthquake hit off the coast of the Mediterranean near the border between Syria and Lebanon.  About three months ago, a 4.0 magnitude earthquake with its epicenter about 15 miles off the coast of Haifa shook Israel. According to statistics and seismic history, the region should experience a major quake every 80-100 years. The last major quake was on July 11, 1927, and registered 6.2 on the Richter Scale killing 500 people. Another major earthquake is therefore due. Let’s remember that massive earthquakes in Israel are prophesied to accompany the multinational Gog and Magog conflict that will signal the end of times that some escapologists have already linked with the imminent threat of World War III between Gog and Magog aka Russia and China and the United States.

Earthquakes and volcanoes are explicitly mentioned by the prophets of the Old and New Testament as playing a crucial role in the end days, preparing the world by burning away impurities as a crucible is used in metallurgy to purify metal. This multifaceted natural catastrophe scenario facing both Rome and Israel conforms to the description of the period preceding the Messiah, which will serve as a process to purify the inhabitants of the earth for the Messianic period to follow. The future earthquakes will be so severe as to cause geographic changes in the Temple Mount, requiring the construction of an entirely new city.

2 thoughts to “End Times latest: Earthquakes Hit both Vatican City and Israel at the Same Time”