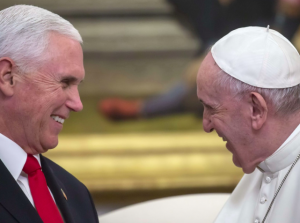 Anti-Semitic graffiti was found on Friday morning on a door of the son of a well-known Holocaust survivor in the northwestern town of Mondovì near Cuneo, in Northern Italy.

“Juden her” (Jews are here),which was written in German cities during Nazism, appeared overnight on the door of Aldo Rolfi, son of Lidia, an Italian partisan fighter who was deported to the Ravensbruck concentration camp in 1944 and became a powerful voice denouncing the horror endured by Jews there after the war. The woman lived in the Mondovì home until her death in 1996.The road where the house is located has been named after her.

An apparent increase in cases of anti-Semitism and hate in Italy has caused concern from many quarters but we all know who is responsible for this. Antisemitism is on the rise because of the expansion of Muslim immigrants, especially in Cuneo, not far from France, where antisemitism has been on the rise for the last ten years. Of course, the fact that the Qur’an calls Jews cursed, traitors, the greediest of men, liars, corrupters, and apes, doesn’t help this dangerous trend rapidly expanding in countries with a growing Muslim population.

In the meantime, Vice President Pence arrived in the Vatican to discuss the Abrahamic Faiths Initiative that is considered to be the first step towards a One World Religion. Mike Pence was so happy about the Pope granting him a private audience that he told Pope Francis, “You made me a hero” back home. Earlier today, the pontiff and the U.S. VP had a private hour-long top secret conversation regarding the Abrahamic Faiths Initiative. Pence was visibly happy when the rest of his U.S. delegation was ushered back into the papal library after the one-to-one talk with the Jesuit Pope.  The first thing Pence told Francis when he met in front of a journalist was : “I want to extend the warmest greeting on the part of President Donald Trump, who so enjoyed his visit here.” Pence said that Trump, who also met with the pontiff, had asked him to send along his regards.

The audience came on the same day that Trump is attending an unprecedented anti-abortion rally in Washington, the first sitting US president to do so in the history of the annual March for Life. Pence, his wife, and daughter-in-law were greeted at Rome’s Ciampino airport by the U.S. ambassador to the Holy See, Callista Gingrich, and her husband, former U.S. House Speaker Newt Gingrich who seem to be in charge of this operation that is connected with the One World Religion project that will only facilitate the expansion and rise of Islam and not the Christian faith. So let’s hope Pence doesn’t fall into their trap.

After the audience with Bergoglio, Pence was headed to separate meetings with Italian President Sergio Mattarella and Premier Giuseppe Conte who are two Jesuit puppets.