On the morning of Saturday, July 16, 2016, after a turbulent night in Turkey, all the major western powers wished to ensure their friendship with the troubled Turkish president Recep Tayyip Erdogan. But in the first hours of the Turkish attempted coup, most of the leaders of the western world, and the current High Representative of the European Union, initially took no position. Federica Mogherini simply invited the parties involved to act in“moderation”, while secretly supporting the coup orchestrated by the Islamic cleric Fethullah Gulen, Islamist Barack Obama, and Bonesmen John Kerry, who was in Moscow that night, but failed to get Vladimir Putin’s support.

The operation included a vast use of PSYOP agents infiltrated by the Jesuits, and the CIA in the international media, to support what they hoped from the start would be a positive outcome of the coup. But who were the putschists in Turkey? They are controlled by the above mentioned, Fethullah Gulen, as the Turkish president Recep Tayyip Erdoğan repeated from the early hours of that difficult night,  in which he nearly succumbed to the evil plot devised to remove him and destabilize Turkey.  But the big problem now for the US and the Democratic Party is that the Gulen’s movement, which I wrote a year ago about on Infowars, is one of the main financers of Hillary Clinton: http://www.infowars.com/report-hillary-clinton-funded-by-islamic-terrorists/

In addition to muddying that complex geopolitical dynamic, a 2009 email recently released by Judicial Watch provides yet another example of access being provided to a Clinton campaign and Clinton Foundation donor.

In the April 1, 2009 message, a Gulen follower named Gokhan Ozkok asked Clinton deputy chief of staff Huma Abedin for help in connecting one of his allies to President Obama.

Ozkok is founding board member of the Turkish Cultural Center and part of a network of businesses and non-profits affiliated with the Gulen movement, also known as Hizmet.

Ozkok served as national finance co-chair of the pro-Clinton Ready PAC. He gave $10,000 to the committee in 2014 and $2,700 to Clinton’s campaign last year. He is also listed on the Turkish Cultural Center’s website as a member of the Clinton Global Initiative, one of the non-profit arms of the Clinton Foundation. He’s given between $25,000 and $50,000 to the Clinton charity.

Another link between Gulenists and the Clinton orbit was revealed in a lobbying registration disclosure filed last month with the Senate. It shows that a Gulen-aligned group called the Alliance for Shared Values hired the Clinton-connected Podesta Group to lobby Congress on its behalf. The group seeks to lobby for the promotion of peace, tolerance and interfaith dialogue.

Fethullah Gulen who lives in Pennsylvania,  and has been called the “most dangerous Islamist” in the world has amassed a fortune of 25 billion dollars– thanks, in part, to the CIA –who is now officially the most wanted man in the world, as Erdogan blames him for the attempted coup.

Gulen is however an untouchable, who was not only received years ago in the Vatican by John Paul II, but is also linked to Father Thomas Michel, S.J., a key figure in the relations between the Jesuits and Islam. Father Michel, who is a visiting professor in Theology at Georgetown’s School of Foreign Service in Qatar, and has also lived and worked in Ankara, Turkey, was the former secretary of the Jesuit Secretariat for Interreligious Dialogue in Rome, and wrote the preface for Fethulah Gulen’s 2006 book, “Toward a Global Civilization of Love & Tolerance” .

In 2007, Kaine was the Governor of Virginia and, of all people, chose Muslim American Society (MAS) President Esam Omeish to the state’s Immigration Commission. A Muslim organization against Islamism criticized the appointment and reckless lack of vetting.

He spoke at a dinner honoring a Muslim Brotherhood terror suspect.

In September 2011, Kaine spoke at a “Candidates Night” dinner organized by the New Dominion PAC that presented a Lifetime Achievement Award for Jamal Barzinji, who theGlobal Muslim Brotherhood Watch describes as a “founding father of the U.S. Muslim Brotherhood.”

Barzinji’s organization, IIIT, donated $10,000 in 2011 to the New Dominion PAC, the organization that held the event honoring Barzinji that Kaine spoke at. The Barzinji-tied New Dominion PAC donated $43,050 to Kaine’s gubernatorial campaign between 2003 and 2005. That figure doesn’t even include other political recipients that assisted Kaine’s campaign.

Tim Kaine who is a  devoted student of St. Ignatius of Loyola , and was a Catholic who grew up under the wing of the Society of Jesus. The man that Hillary Clinton has chosen as Vice President is basically a Jesuit agent ready to take over the show if they arrive to the White House. Only Donald Trump can stop all this as “‘Americanism, not globalism’ will be our credo” Trump has said. 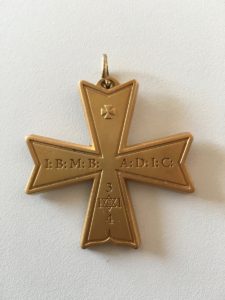 I have a dream: Italy will be free. 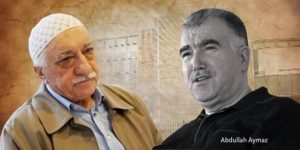