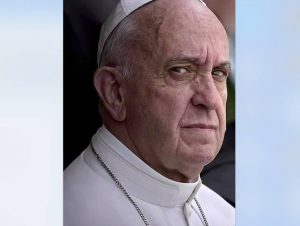 The Catholic Church has been too slow coming to terms with the sexual abuse of women – particularly religious women – by priests, wrote Lucetta Scaraffia, editor of the Woman-Church-World supplement found in L’Osservatore Romano,the Vatican’s official newspaper. Something I wrote about in July 2018 on leozagami.com:

Not so long, I watched a movie called The Nun, an American gothic supernatural horror film directed by Corin Hardy, that came out worldwide as the fifth installment in The Conjuring Universe, probably inspired by one of the most shocking recent cases of exorcism, that took place in 2005, when a Romanian nun, who’d been gagged and bound to a crucifix in a room at her convent, was found dead. The priest who had been performing the insane exorcism was later charged with murder. Immediately after watching the film, I was inspired to write an entire chapter on the dark side of nuns for my new upcoming book vol.6.66. 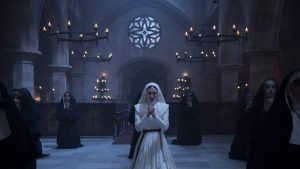 Pope Francis has finally admitted that sexual abuse of nuns by priests – up to and including “sexual slavery” – is an ongoing problem in the scandal-plagued Catholic Church, but stresses that the Vatican is “working on it.” He made this admission on board the Papal plane on his way back from Chrislam’s first gathering in the United Arab Emirates, acknowledging for the first time the sexual abuse of nuns by priests and bishops. While the Catholic Church has made progress in recognizing the sexual abuse of children as a crime, Scaraffia wrote, when dealing with the abuse of women “the subject is more complex” and goes to the heart of Pope Francis’s analysis of the abuse crisis as having much to do with an abuse of power. Even when the sexual abuse of a woman by a priest is condemned, it often is presented as “sexual transgression freely committed by both parties,” she wrote in the magazine’s February edition.

“The differences in power, the difficulty in reporting it out of fear – well founded – of retaliation, not only against herself but also against the order she belongs to, explains the silence that has covered this exploitation for years,” she wrote.

I want to let you know up front that many parts read like a conspiracy theory, just so you know what you are in for, however, already many of the events unveiled in this book have been proven accurate and Lyon Zagami is gaining notoriety as well as fame for predicting and revealing many truths that were previously thought of as myths.

We’re now given the meansto lift that veil and decipher the masked reality that is transpiring right under our noses, without the majority knowing what is actually going on.