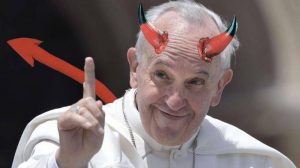 On Tuesday, the Senate confirmed Christopher Wray as the new FBI director of the Trump Era. An Italian source within the Intelligence Community, explained that this could mean that Wray could finally take over with the direction of the FBI, where inquiries about the infamous pedophile network, the Clinton Foundation, and global transnational style corruption,  have been blocked for months, if not years. This is driven by the Liberal elite, and people like George Soros, who are secretly financing and promoting, the “silent coup“ against President Trump.

In particular, investigations into the first two strands – pedophilia and the Clinton Foundation – seem to present developments that could promise epocal changes. Last Jannuary 2017, Michael Moore stated to the press that, “The US is in the middle of a coup” and that “the US state is being overthrown by Mr Trump, and the people he has appointed to govern alongside him.”

Well, that was of course a lie, because the liberal media and left wing intellectuals, like Michael Moore, have been working with Soros , the Clinton Foundation and Pope Francis, to feed people with lies, and it should be considered treason.

So, what will happen? If what is emerging comes true, it can be assumed that the global network of pedophiles will be dismantled, with scandals across the globe. That is, hitting in particular the global elites, often devoted to such deviations. Deep State Operatives are attempting A Coup D’Etat of Donald Trump, because they fear this. 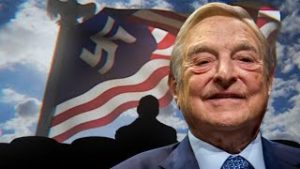 In general, the traitors run the serious risk of being prosecuted once Trump manages to expose those who have organized this Coup d’Etat for months, with the support of Obama, financed by George Soros . An Intell source for Scenari Economici.com, who signs himself as Mitt Dolcino, stated, “You know, the US military hardly forgives betrayal, and are not tender, especially with the servants of the State that have soiled themselves by betrayal. I see a terrible future for Comey, former FBI Chief .”