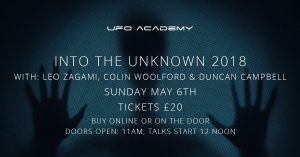 Leo Zagami begins a series of public talks and events in the English language dedicated to his work that will take him all over Great Britain and the United States beginning in May 2018. After writing over a dozen books, including the best selling trilogy Confessions of an Illuminati released in Italy, Japan and the US., Zagami is now ready to surprise the English speaking world with his new groundbreaking information on the UFO/alien phenomenon that will be unveiled later this year in the upcoming book, The Invisible Master: Secret Chiefs, Unknown Superiors and the puppet masters who pull the strings of Occult Power from The Alien World, that can be defined as having historical significance, and shows us with extreme clarity where we come from, and who guides us for millennia in our political and religious choices, through prophets, initiates and magicians, that during all the ages have drawn from a common source of ultra-terrestrial and magical knowledge, known only by the initiates of the old mystery schools.

For this reason, Zagami has accepted to participate in the event Into the Unknown, on the 6th of May 2018, in the beautiful and exclusive High Elms Manor, that has appeared in a number of TV and feature films over the years.

We will finally understand who the Unknown Superiors really are, the Secret Chiefs or Invisible Masters, that have guided Freemasonry, the Illuminati and the various power groups associated with them. For the first time, you will have access to their secrets, that in the months and years to come will be increasingly evident.

Zagami speaks to us of the existence of multidimensional doors, gates to the infinite used by the various Illuminati to let such entities into our world, and does so using the latest discoveries of quantum physics to support his shocking revelations. Thus analyzing inaccessible secrets to most, Zagami invites us once again to rediscuss our reality with puzzling truths about the mystery tradition and its schools linked to beings with supernatural powers since antiquity, and now to places like CERN. 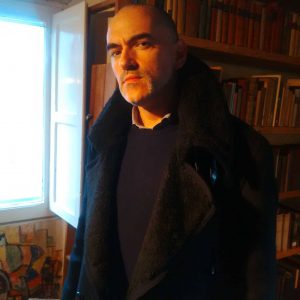 Book now your ticket for Zagami’s first event in the English language near London (UK) at :