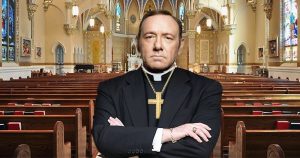 While the international media are focusing on Hollywood, there is an enormous scandal erupting in the Vatican.

Seen silently processing from St. Peter’s Basilica at 7 a.m. each day, the altar servers of the Vatican look like angels to the outside world, but there is a dark truth that is being hidden inside Vatican walls:

These are the shocking words of a former altar boy of Pope Francis, named Marco, in front of the cameras of the Italian TV Show Le Iene, revealed for the first time to the Italian investigative journalist, Gaetano Pecoraro. 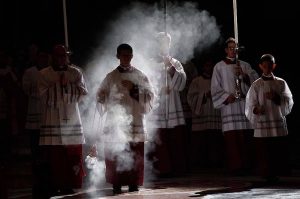 This shocking revelation was confirmed by another altar boy, who witnessed the perverted sexual acts made against his friend and others, by an older seminarian, who later became a priest, after raping at least another 4 boys. 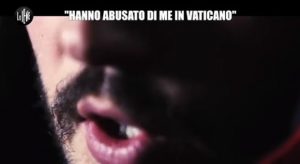 The shocking revelations made on TV by the altar boys of Pope Francis:

This happened in the Vatican, 200 meters away from the House of the Holy Father, at the St. Pius X pre-seminary based inside the Vatican walls. When the altar boys eventually reported what was happening to their superiors, they were kicked out, and their supervisor removed.

This shocking story of alleged sexual harassment and rape within the Vatican walls, was initially exposed by author and journalist Gianluigi Nuzzi. The most shocking of all, was that the sexual violence also took place behind the altar of St. Peter, during the Holy Mass, as testimonied by one of the altar boys.

The pre-seminary in question is the only place where minors reside in the Vatican, and opened its doors in 1956 at the urging of the late Father Giovanni Folci, a suspected pedophile priest of the Diocese of Como, Italy, who is now on his way to Sainthood. He founded an association of like minded priests committed to promoting vocations to the priesthood, when in reality he recluting them for a pedophile ring operated inside the Vatican for over 70 years. During the academic year, the students attend a sort of Catholic middle school or high school near the Vatican. Their altar-serving lessons, prayer life and recreation are completely in the hands of the rector, another priest and a layman who is now been accused by various Vatican altar boys of covering up this scandal.

Because St. Peter’s Basilica needs altar servers year-round, the pre-seminary never closes its doors. In the summer the St. Pius X Pre-seminary transforms into something resembling an altar boy camp, when in reality it is a pedophile’s dream in plain site, used by the deviant side of the clergy operating in the Vatican, to abuse the altar boys of the Pope. For the first time, thanks to the efforts of the investigative journalist from Le Iene, the truth has been partially exposed in the Italian media, but the media in English speaking countries haven’t touched on the subject. Please share this information and help break the code of silence around the newest scandal to erupt in the Vatican.