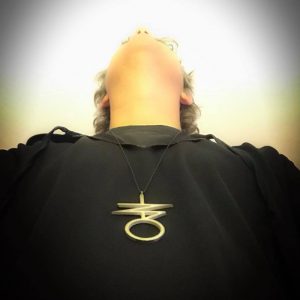 Most of Donald Trump’s opponents believe they will have to wait four more years to see him leave the White House.

But America’s witches are more optimistic. At the stroke of midnight on Friday, followers of witchcraft across the US performed a mass spell designed to remove the president from office. A Facebook group devoted to the ritual has attracted over 10,500 likes, and coined the hashtag #magicresistance. The development has sparked fury among Christian conservatives, who have accused the witches of“declaring spiritual war”.

What most people don’t know is that the person responsible for organizing this is a Christian liberal Freemason named, Michael M. Hughes. He lives in Baltimore, and is the author of both fiction and nonfiction, that is regularly promoted by the liberal media. When he isn’t writing, he speaks on Fortean, paranormal, and other topics, and teaches workshops on the Tarot. What is most important, is that Michael Hughes is a Freemason and a member of The Societas Rosicruciana in Civitatibus Foederatis, a Christian Rosicrucian organization where Membership is by invitation only, that is a regular mainstream Masonic affiliation.

Screenshot from Michael M Hughes on The Paranormal and Much More – May 23, 2015 (https://www.youtube.com/watch?v=2w3sQop6TgY )

The Societas Rosicruciana in Civitatibus Foederatis has been infiltrated for years by Illuminati groups like the Ordo Templi Orientis, and The Illuminates of Thanateros, an international magical organization of which Hughes is said to be a member described in the following way by British journalist Gavin Baddeley:

Chaos magic first surfaced during the early 1970’s in the form of a loose confederation known as the Illuminates of Thanateros, though it wasn’t until the 1980’s that it became a dominant thread in occultism. Advocates of this system (or ‘absence of system’, according to adherents) proclaim that the practitioner can invoke any tradition of gods, demons, angels or symbols – even those derived from fiction – as their personal meaning, rather than literal existence, is vital in achieving the individual’s aims. This imaginative freedom has created more crossover between Satanism and chaos magic than any other area of the occult.

Michael Hughes in a cemetery

Yes my dear witches, Michael Hughes, who is supposed to be a Rosicrucian Christian and a Freemason of the York Rite (connected with the Vatican Jesuits), who works as a mentalist and whose performances include hypnosis, telepathy, clairvoyance, divination, precognition, psychokinesis, mediumship and of course mind control, also works Satanic Rituals based on the Cthulu myths based on Lovecraft fiction used by the Illuminates of Thanateros, whose member Colin Batley, was arrested for being a leader of a sex cult preying on children:

nathanieljharris.wordpress.com writes : Colin Batley was a member of the Illuminates of Thanateros and has been disclosed by others, other than myself. The first was from the anonymous ‘Deathcultreject’, who disclosed on the forums of David Icke’s website in 2009. Since Icke himself has been widely ‘discredited’, despite having been right about Jimmy Savile and much else besides, and ‘Deathcultreject’ by their own admission suffers from Dissociative Identity Disorder (a condition caused by extreme childhood trauma) their disclosures have been dismissed by police and the occult community alike. There is also a blog by a single mother and ex ‘novice’ of the German section of the Illuminates of Thanateros, where she expresses her disgust that not everyone in the order saw Colin Batley’s membership as a problem. More recently, Ray Sherwin has published his book OUROBOROS, where he states that he has had disclosures and complaints from many people, all around the world, concerning the criminal activities of the Illuminates of Thanateros.

Michael Hughes who describes president Donald J. Trump as an inept, bullying demagogue, devised a dangerous black magic ritual To be performed at midnight on every waning crescent moon until he is removed from office. This binding spell is open source, and may be modified to fit your preferred spiritual practice or magical system?—?the critical elements are the simultaneity of the working (midnight, EST—DC, Mar-a-Lago, and Trump Tower NYC time) and the mass energy of participants. See below for the upcoming dates. Some lodges/covens are doing a variation of this as a group working, while a number of solitary practitioners are planning to connect and livestream via Facebook, Twitter, and other social media.

After the big success of his initiative on the mainstream media Michael Hughes wrote:

Donald Trump continues to spectacularly combust. He’s falling to pieces in front of us with every vacuous boast, every stroke of his executive pen, and every brazen lie (he hates, for example, when someone suggests his thing is smaller than someone else’s thing). But his people, his most fervent supporters (the MAGAts, as I’ve come to call them), continue to heap praise on him, and with every burning chunk of the tower that falls they cheer even louder.

Michael Hughes is obviously not stating the truth and working for the increasingly Satanic left wing, abusing in the process his connections to Christian Freemasonry, who should immediately denounce him and distance themselves from his Satanic activities. Chaos magician Joel Biroco’s writes in “The Exorcist of Revolution” (1986): Now get stuck into Crowley, read “Magick” and “The Magical Record of the Beast 666”. Read the works of Austin Osman Spare and start casting sigils. 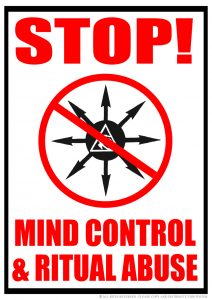 Chaos magic was first formulated in West Yorkshire, England in the 1970s, giving birth to the Illuminati of Thanateros, an idea that was first announced in 1978, while the order was constituted in 1987. Michael Hughes, a self described practioner of Chaos magic, is obviously not a Christian but a liar, and lies are of Satan but also of Michael Hughes, who is desperately wanting to hide the Satanic nature of his work.

More on this subject in this interview I did with Magick Wars: