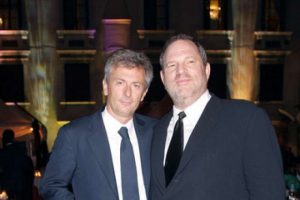 According to the then reporter of the  New York Times Sharon Waxman, who published her own account on The Wrap, the Italian Fabrizio Lombardo ’s “real job was to take care of Weinstein’s women’s needs, among other things.”

“I traveled to Rome and tracked down the man who held the plum position of running Miramax Italy. According to multiple accounts, he had no film experience and his real job was to take care of Weinstein’s women needs, among other things.

As head of Miramax Italy in 2003 and 2004, Fabrizio Lombardo was paid $400,000 for less than a year of employment. He was on the payroll of Miramax and thus the Walt Disney Company, which had bought the indie studio in 1993.

I had people on the record telling me Lombardo knew nothing about film, and others citing evenings he organized with Russian escorts.”

Now, in a recent mail published today by the Italian website DAGOSPIA, Fabrizio Lombardo’s lawyer named Bruno della Ragione, threatens his website with a lawsuit for republishing what was originally published in the US media, and defends his client Fabrizio Lombardo, adamantly by saying he worked for important Italian movie industry figures like Benigni and Tornatore, (both heroes of the left wing, like Asia Argento, who was brought to Weinstein by Lombardo):

In Italy, freedom of press is theoretically guaranteed by the Italian Constitution of 1948, but Censorship in Italy has been applied especially during the recent left wing governments, controlled by the Democratic Party and other left wing parties, that are trying to silence the freedom of speech in this country.

I am not afraid of Bruno della Ragione or Mr. Lombardo as all this sick behavior are part of what I have been exposing in my books for years, and it’s time we go one step further and lock them all up.

Leo Zagami who is a regular contributor to Infowars and the author of Confessions of an Illuminati, Volume III: Espionage, Templars and Satanism in the Shadows of the Vatican  will be a guest on the War Room Show with Owen Shroyer & Roger Stone on the 17th of October 2017 @ 5:00 PM CST, talking about some of the subjects mentioned in his upcoming book. 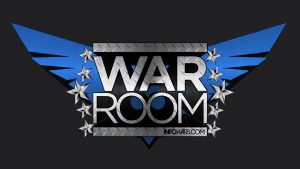