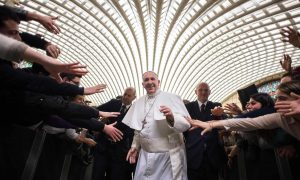 Cardinal Philippe Barbarin, Archbishop of Lyon, has been found guilty of failure to report abuse committed by one of his priests — Fr. Bernard Preynat, an accused serial abuser who has admitted to molesting boys — and was given a six month suspended sentence. Cardinal Barbarin has announced his intention to resign his seat and appeal the verdict against him.

Two senior churchmen have been convicted of criminal wrongdoing in secular jurisdictions this year, in connection with the ongoing crisis of clerical sexual abuse and cover-up. Cardinal George Pell of Australia has been found guilty of sexually assaulting two altar servers – both boys – in the Melbourne cathedral sacristy in the mid-1990s, when he was archbishop there, and is also appealing his conviction like Cardinal Barbarin. The cases are in many respects similar to each other. Taken together, the cases are also leading indicators of the gravity and scope of this crisis. In Cardinal Pell’s case, there are grave doubts regarding his guilt and serious concerns regarding the integrity of the proceedings against him. The first attempt at trial ended in a hung jury — which reportedly came back deadlocked at 10-2 in favor of acquittal — and the proceedings were conducted under a gag order supposedly in place to guarantee fairness in a climate of hostility to the accused. While in Cardinal Barbarin’s case, the accused had long since admitted to handling the Preynat matter inadequately. “This is because everything that was advocated, including by Pope Francis, had been for the present and the future,”Cardinal Barbarin told Le Monde in a 2017 exclusive interview, “Twice I suspended priests and went to court when I learned of recent events — in 2006 and 2014.”The Preynat business, however, was fifteen or twenty years old. “I knocked a little at every door,”Barbarin went on to say, “to ask for advice: What do we do for old incidents?”“Nobody gave me a satisfactory answer,” Cardinal Barbarin told Le Monde. “I realize today that my response at that time was not up to the challenge.” Nevertheless, even the prosecution asked the bench for acquittal in the case, saying the procurator’s office had no evidence of criminal intent.

In January 2019 pleadings, Deputy Prosecutor Charlotte Trabut told the court, “Not to be interested in the intentional element is to adopt a catch-all conception of [criminal] offense.”She also told the court, “The intentional element cannot be characterized only by an omission (failure to denounce the case to justice), coupled with knowledge [of aggression]: That is not enough,” Trabut argued — in line with her office’s 2016 decision to drop the criminal case.

Victims then used a direct recourse provision in French law to bring the case to trial.

Nevertheless, a judge condemned Barbarin, even though the French prosecutor said there was no evidence of criminal wrongdoing. In Australia, a jury found its way to a guilty verdict against Cardinal Pell, though there were of course serious concerns expressed by Vatican officials about both the facts of the case and the integrity of the trial process.

The Vatican is in despair as people all over the world are increasingly angry, and Church leadership is on the defensive and preparing a secret meeting in Assisi (Italy) at the end of the month with P2 progressive representatives, Jordanian Freemasons King Abdullah II,  and German Chancellor Angela Merkel, 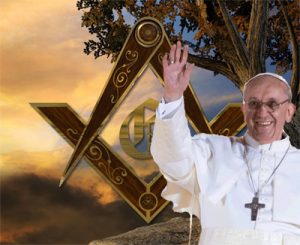 The coordinator of the C6 Council of Cardinal Advisers, Óscar Rodríguez Maradiaga of Tegucigalpa, recently told the Spanish-language portal Religión Digital, “The Holy Father did not accept [Pell’s] resignation because he supposed it would make it look like he thought those who accused him were right.”

That could be a heroically principled position in the eyes of the dark side of the illuminati, but it is one the Pope’s record of leadership has made difficult for too many people — among them victims, faithful, and members of the broad public — to see as anything other than another instance in which the Pope believes the word of the accused cleric over that of the cleric’s accusers, and the Vatican Illuminati have now understood that the only way to reverse this negative trend is to intervene in support of the Pope.

While Pell protests innocence, Barbarin has admitted his failure, even though he denies criminal wrongdoing. Pope Francis introduced new legislation in 2016 which gave more paper latitude for the removal of bishops for mere negligence. The Apostolic Letter motu proprio, Come una madre amorevole— “As a loving mother” — gave the Pope and competent Vatican congregations the wherewithal to sidestep cumbersome judicial processes and remove bishops for failure to exercise duty to care, even and especially when their failures have not come to criminal wrongdoing.

The Church’s expert on the legal side of child protection, Archbishop Charles Scicluna of Malta, the leading figure at the February summit on child protection at the Vatican — adjunct secretary to the Congregation for the Doctrine of the Faith has said the duty to care is paramount and non-negotiable.

The inability of Church leadership to attempt the action needed to get a real handle on the burgeoning crisis has squandered the trust of the faithful. As the cases of Cardinals Pell and Barbarin amply illustrate, Church leadership’s unwillingness to outface the crisis is also contributing directly to the creation and exacerbation of a climate in which public confidence in the ability of civil jurisdictions to ensure the course of justice is threatened and possibly compromised. While people everywhere hope and pray that justice will be done in France and Australia — and everywhere else — the fact of the matter is that continued failure on the part of Church leadership to address the crisis cannot fail to fuel a kind of anger that must be permanently destructive to the institutional Church, but disastrously corrosive to rule of law and civil society. Yesterday, the Pope told the clergy of Rome, of “The unbearable pain and suffering that the wave of scandals — of which the whole world’s newspapers are now full – causes in us and in the whole ecclesial body.”

But like most Catholic experts are saying, Pope Francis could only help the Holy Spirit do its work if he would open, rather than pull the curtains on, the true extent of clergy sex abuse.

UPDATE- video of the event!!!