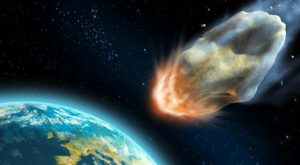 NASA has just detected a swarm of 16 asteroids hurtling towards Earth this week and the reports and commentaries arriving from Rome on the Special Assembly of the Synod of Bishops for the Pan-Amazon Region point out that the Vatican would be the ideal target of these asteroids. As its double-barreled title, “New Paths for the Church and for an Integral Ecology” suggests, the Synod in question simply functions as another propaganda tool for the Greta Thunberg Crew. Some of the things that Pope Francis has said and the people that he has appointed for the Synod, described as the most progressive in recent years, are triggering near panic for Catholic traditionalists.

Yesterday, in St.Peter’s, the Jesuit Pope nominated another 13 liberal progressive Cardinals  to control the majority of the College of Cardinals required to decide who will be the nextsupreme pontiff. Popes are chosen by the College of Cardinals, the Church’s most senior officials, who are appointed from time to time by the Pope. Once a Pope dies or resigns, as in the case of Ratzinger, they are summoned to a meeting at the Vatican which is followed by the Papal election – or Conclave. So this latest event might also indicate that Pope Francis’ resignation might be imminent.

In the meantime in the U.S., a crony of homosexual predator Theodore McCarrick has been hand-picked by the Vatican to lead its high-profile investigation into clerical sex abuse at the diocese in Buffalo, New York. While many Catholics approve of the Vatican’s involvement in Buffalo, some Catholics are concerned that the Vatican’s so-called fact-finding mission will find few facts and result in a whitewash of corruption. Pope Francis has also just appointed Giuseppe Pignatone, one of Italy’s leading prosecutors, as president of the Vatican court, only a few days after five senior Vatican officials were suspended as a result of an investigation into alleged financial wrongdoing that lead to the raid on October 1st.

The problem with the new head of the Vatican justice system, is that Pignatone is the same guy who was investigating the infamous bones found in various locations belonging to the Vatican, that of course lead to a massive cover-up. Giuseppe Pignatone is also the magistrate who ordered the closure of the investigation on the disappearance of Vatican citizen Emanuela Orlandi in 2015. The brother of  Emanuela has always been very critical of Giuseppe Pignatone, who is a corrupt Jesuit agent.

Returning to the asteroids, The largest asteroid from the group is bigger than the Great Pyramid of Giza in Egypt. According to the agency’s Center for Near-Earth Object Studies (CNEOS), Earth will see a total of seven asteroids fly by on October 8. As noted by CNEOS, these asteroids are 2019 TU, 2019 TW1, 2019 RK, 2019 TC1, 2019 SB6, 2019 TM and 2019 TS. Of course, nothing should happen, but we can still hope God will listen to our prayers and direct one of those asteroids on Rome to eliminate the Vatican and the so-called “Holy See” that is clearly the center of today’s biggest evil.

As  I wrote in my book Pope Francis: The Last Pope? Asteroids striking the Earth seem connected with the Vatican’s troubled times:

“It is the 15th of February, 2013, in Russia it is a peaceful sunny day, while in Rome, the ‘Eternal City’ is still in shock over the decision of Pope Ratzinger to resign. Above their heads, a meteorite is being monitored by NASA and the space agencies worldwide, because of its passing so close and below the altitude of satellites used for broadcasting and distribution of television signals. It was at a level considered safe enough to not arouse any safety concerns for the population. It happens, however, that some fragments fall upon the town of Chelyabinsk in Russia, with devastating effects. At the end of this ordeal there will be 1,200 people injured by the event, caused by fragments resulting in the explosion during contact with the upper part of the stratosphere.

It had a rated power output comparable to a couple of nuclear bombs. It also happens that by better analyzing the data, it was found that if the fragments were precipitated with an angle slightly different, consistent with the entrance window possible with the initial speed of 17 km in a single second, on February 15, 2013 those meteorites would have actually fallen on Rome, bombing even the Vatican. A couple of pounds of meteorite already at a speed of ‘only’ 4.3 km would create panic, terror and destruction in the densely populated capital of Rome. If you think such a possibility is quite creepy, imagine the possibility if one of these fragments had hit the Vatican that day, killing the resigning Pope, causing absolute panic amongst one billion, three hundred million Catholic believers.”