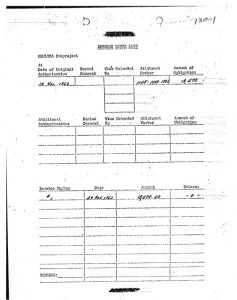 A Course in Miracles (also referred to as ACIM or the Course) is a book published in 1975 by the late Helen Schucman and co-written by Professor William Thetford, one of the great manipulators of the infamous MK-Ultra project. In fact, from 1971 to 1978 Thetford, along with David Saunders, headed within the CIA mind control Project MKULTRA, the important Subproject 130 denominated “Personality Theory.” From 1965 through 1972 Thetford directly assisted Schucman with the transcription of the first three sections of the work, which was, in fact, a great bulk of the material.

In 1972, one year into Thetford’s involvement with the CIA, Thetford and Schucman were introduced by a mutual friend, Father Groeshel, to Dr. Kenneth Wapnick, who they invited to assist with the editing that was required to render the rough draft of the ACIM manuscript into a publishable format. Subjects were allegedly deleted from the original version, but somehow appeared on the internet in the late 1990s, and there were remarks concerning “the CIA.”

Interestingly enough, the late Father Benedict Groeschel who was a Catholic priest who studied under William Thetford and knew Schucman both as a teacher and friend, described Thetford as “a mysterious character“, and “probably the most sinister person I ever met,” strongly criticizing ACIM and related organizations. Father Benedict Groeschel, who was an American Franciscan friar, found some elements of ACIM to be “severe and potentially dangerous distortions of Christian theology” adding it was, “a good example of a false revelation.”

According to Dr. Helen Schucman and the Foundation for Inner Peace (FIP), she and Dr. William Thetford “scribed” the book from a divine source through a form of channeling, which Schucman referred to as “inner dictation.” However, due to Schucman’s divided feelings about the work of the transcription that was clearly demonic, she would at times require a great deal of reassurance from Thetford in order to complete the channeling process that eventually resulted in the first typewritten copy of ACIM, (which later became known as the Urtext.) According to Thetford, Schucman was sitting at home on the night of October 21, 1965, when she heard an internal “voice” say to her, “This is a course in miracles. Please take notes.”

When she first heard this internal voice, she thought she recognized it as the same voice of the character that in her recent dream sequences had represented the person of Jesus to her. Schucman then wrote down about a page of notes before she realized that this request was going to be of much greater significance, and would require a far greater commitment of her time that has ever been asked of her before. In a panic, she phoned Thetford to ask for his advice. Thetford encouraged Schucman to do what the voice asked, and to take the notes. He offered to meet with her the next morning before work, to review her notes, to discuss them further with her, and then determine what she should do with this “voice.”

During the process, that interestingly enough kicked off in the year zero of the Satanic take- over in 1966, Schucman claimed to have the mental equivalent of a tape recorder in her thoughts, which she described as being able to turn on and off at will, at her convenience, so that she might be able to transcribe into shorthand notes, what she was internally hearing. This voice identified itself as none other than the historical Jesus, but we always should keep in mind Matthew 24-5: “For many will come in My name, saying, ‘I am the Christ,’ and will mislead many.”

The book in question, contains a curriculum aiming to assist its readers in achieving a supposed spiritual transformation. More than two million copies of the book have been sold worldwide in 19 languages, with thousands of study groups devoted to it all over the planet. The book in question has been called “The New Age Bible”  but Christians have rightly referred to it as “a Satanic seduction” as it brings us right to the heart of New Age evil promoted by the Jesuits and the New World Order agents like Oprah Winfrey and now Marianne Williamson.

Throughout the 1980s annual sales of the book steadily increased each year, however, the biggest growth in sales occurred after 1992,  when MKUltra agent Marianne Williamson, who is now seeking the Democratic nomination for the 2020 United States presidential election, appeared on the scene and began discussing the book on The Oprah Winfrey Show.

The results in sales were great with more than two million volumes sold, but how did an absolute nobody like Williamson suddenly become the main promoter of a book published by others in the 1970s?

Marianne Williamson dropped out of college in her junior year in 1973 and moved to New York City, where she originally intended to pursue a career as a cabaret singer (something Democrat clowns must appreciate), but in 1979, after delving into A Course in Miracles, she was apparently “enlightened” and after a brief time in Houston where she ran a typical New Age combination of metaphysical bookstore/ coffee shop, she moved to Los Angeles in 1983.

In the meantime, after the 1977 Freedom of Information Act request uncovered a cache of 20,000 documents relating to project MKUltra, Professor Thetford resigned from his position at both Columbia University and at Columbia Presbyterian hospital, and moved to Tiburon in California in 1980. Thetford took on two part-time professional positions, one as a psychology consultant at Travis Air Force Base probably working on a follow-up to his MKUltra Subproject 130 and the other as one of the directors of the ACIM related Center for Attitudinal Healing where he met his new disciple Marianne Williamson though some say they first met in 1985, at the “Ten Year Celebration” of the publication of A Course in Miracles that was held in Honolulu. Bill Thetford, who had remained active in study groups using the published Course, spoke at that celebration.

The 2020 presidential campaign of Marianne Williamson, who is described as a New Age author, was announced on January 28, 2019, after the initial formation of an exploratory committee in November 2018, but it was yesterday during the second Democratic presidential debate that she finally unleashed her full Demoncrat potential.

“This is part of the dark underbelly of American society,” she said during a round of applause that was followed by this truly disturbing statement:  “The racism, the bigotry and the entire conversation that we’re having here tonight, if you think any of this wonkiness is going to deal with this dark psychic force of the collectivized hatred that this President is bringing up in this country, then I’m afraid that the Democrats are going to see some very dark days.”

Immediately afterward, the phrase “dark psychic force” that has never been used in a political environment, generated some increased search interest on Google Trends, and now Marianne Williamson the new MKUltra puppet is ready to conquer the Democratic Party.  However, regarding Trump having some “dark psychic force” maybe Marianne Williamson should have said that about her friend “John of God” Oprah Winfrey’s favorite faith healer who kept teenagers as sex slaves and sold their babies for up to £40,000 before shipping them from Brazil to Europe.