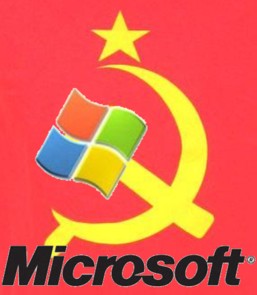 Two years ago, Chinese President Xi Jinping stood before the 19th Communist Party Congress and laid out his ambitious plan for China to become a world leader by 2025 in advanced technologies such as Robotics, Biotechnology, and Artificial Intelligence.

James Lewis, a specialist in China on technology at the Center for Strategic and International Studies, says China recognizes that technological superiority helps give the United States an edge in National Security and wants in on it. Now three papers, that were published between March and November last year, co-written by academics at Microsoft Research Asia in Beijing and researchers with affiliations to China’s National University of Defense Technology which is controlled by China’s top military body, seem to prove once again that the Chinese takeover of Silicon Valley technology is getting increasingly dangerous.

China is the world leader in facial recognition technology and one of the papers in question is described as a new Artificial Intelligence method to recreate detailed environmental maps by analyzing human faces, which experts say could have obviously important applications for surveillance and censorship in the near future.  The paper acknowledges that this system provides a better understanding of the surrounding environment “not viewed by camera,”which can have a “variety of vision applications.”  They are trying to develop a vast hyper-surveillance system able to monitor and target all the enemies of Communism and Microsoft is helping them out.

The Chinese government has been forming global partnerships with Western think tanks, that are part of the New World Order recruiting key talent at networking events sponsored by the Chinese government and has been working to infiltrate U.S. universities. The Chinese takeover of the NWO is becoming increasingly scary, as I predicted years ago. Samm Sacks, a senior fellow at the think-tank New America, and a China-tech policy expert said the papers raised “red flags because of the nature of the technology, the author affiliations, combined with what we know about how this technology is being deployed in China right now”.

“The [Chinese] government is using these technologies to build surveillance systems and to detain minorities [in Xinjiang],”Sacks added.

The U.S. government is debating whether research collaborations, particularly in sensitive areas such as Artificial Intelligence and augmented reality, should be subject to stricter export controls. Microsoft, backed by the Democrats, defended the research, saying it was part of a worldwide effort by its scientists, who were often academics, to work with their international counterparts on cutting-edge technology issues.

“The research is guided by our principles, fully complies with US and local laws, and . . . is published to ensure transparency so that everyone can benefit from our work,”the company stated, but we know that is a complete lie. China may be in the middle of a tech battle with the United States, but the U.S. should immediately consider companies like Microsoft or Google as spies working with the enemy. Google’s censored Chinese search-engine project now on hold has drawn anger from the U.S. government last year, so let’s see what happens with Microsoft now.