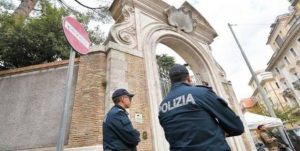 Yesterday, Vatican expert Andrea Tornielli published an article in lastampa.it indicating that the bones found on the afternoon of Monday, October 29, 2018, in a building owned by the Holy See, outside the Vatican City State, but still under Vatican territory,  might be “at least 100-years-old,ˮ addingthat, “The bones found under the floor of the house of the caretaker of Villa Giorgina, since the late sixties the seat of the Apostolic Nunciature to Italy, are probably not those of Emanuela Orlandi and Mirella Gregori, the two girls who went missing in 1983. There is no official statement, but sources of investigators have explained that until now it has not been possible to extract the DNA precisely because of the deterioration of the remains.”

Apparently, no Scientific test carbon 14 was performed on the remains and it will take at least another ten days to reach the long-awaited results, which could be decisive for establishing the age of the bones. We should keep in mind that this could all be an elaborate cover-up, as the 100-year-old date immediately places the Vatican out of the picture.  The historical building that the bones were buried was originally donated to the Vatican in 1949 by the industrialist, (and senator of the Kingdom of Italy) Abramo Giacobbe Isaia Levi, and is named after his daughter who died at an early age.  He donated it to Pius XII to thank him for what was done to welcome the persecuted Jews into the convents of the capital.