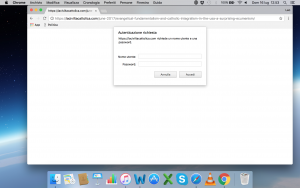 A couple of day ago we let you know there was a severe attack from one of Pope Francis’ closest collaborators Antonio Spader SJ,  against Donald J.  Trump, Steve Bannon and American Christians, on the Jesuit official publication.

Now the Jesuits must have understood their mistake and are trying to limit the public access to this article that was published online by La Civiltà Cattolica (Italian for Catholic Civilization),  a periodical run by the Jesuits in Rome since 1850.

This is the link in question:  https://laciviltacattolica.com/june-2017/evangelical-fundamentalism-and-catholic-integralism-in-the-usa-a-surprising-ecumenism/

That now requires you to be a registered member.

Are they getting scared of the public uprise this article is creating both in the US and in the rest of the world? You be the judge.