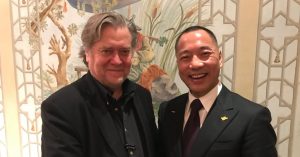 Over one hundred years have passed since the Virgin Mary entrusted three shepherd children from the small town of Fatima with three shocking secrets on the future of mankind.

Two of the secrets were revealed in 1941 in a document written by one of the children, Lúcia, who in the meantime had become Sister María Lúcia das Dores at the request of José Alves Correia da Silva, Bishop of Leiria. However, when asked by the Bishop in 1943 to reveal the content of the third secret, Lúcia struggled for a short period, being “not yet convinced that God had clearly authorized her to act.”

Eventually, the secret was written down “by order of His Excellency the Bishop of Leiria and the Most Holy Mother,” and on the 3rd of January 1944, the sealed envelope containing the third secret was then delivered to the Bishop of Leira, where it stayed until 1957 when it was finally delivered to Rome.In 1960, the Vatican issued a press release stating that it was “most probable the Secret would remain, forever, under absolute seal.” This announcement produced considerable speculation over the content of the secret.

The late Father Malachi Martin, an exorcist, bestselling author, former aide to Pope St. John XXIII, and one-time professor at the Vatican’s Pontifical Biblical Institute, who died in 1999, was one of the few humans on the planet who had read the real uncensored Third Secret of Fatima published after Malachi’s death on June 26, 2000, in what seems like a heavily edited version made under the supervision of none other than Cardinal Joseph Ratzinger, (the future Pope Benedict XVI).

Although Father Malachi Martin could not reveal the secret directly because of his loyalty to the church, his description of its nature was quite dire and left a very different impression than that which was finally released by the Vatican. I am sure that if Father Martin were alive today he would agree that the Third Secret has not been fully released. Father Martin, who read the real third secret of Fatima and understood before others the ongoing apostasy taking place in the church since the Second Vatican Council, made the following statement that seems to talk about what is happening right now with the spread of the coronavirus and other diseases: “…because Fatima is a very apocalyptic message. It says that no matter what happens there are going to be terrible wars, there are going to be diseases, whole nations are going to be wiped out, there are going to be 3 days of darkness, there are going to be epidemics that will wipe out whole nations overnight (great culling), parts of the earth will be washed away at sea and violent tornadoes and storms. It’s not a nice message at all.”

Unfortunately, the content of the real Third Secret of Fatima seems to be manifesting now in front of our eyes. Earlier today, exiled Chinese billionaire Guo Wengui claimed to an astonished Steve Bannon during his show on America’s Voice News that his inside sources in China told him that 1.5 Million people are infected not 40 thousand as officially claimed, and that the Coronavirus, has already killed 50,000 people, not the far more modest  900.  Guo Wengui also made the incredible claim that the Chinese authorities are cremating in Wuhan alone, 1200 bodies a day. This statement seems confirmed by the rising levels of sulfur dioxide content spiking in the air over Wuhan. The shocking news was retweeted soon afterward by popular European blogger Darryn Plymouth: https://twitter.com/DarrenPlymouth/status/1226494771117666305

And, of course, it immediately gained the attention of the alternative media, and Zero Edge,in particular, who quickly published an article entitled “Exiled Chinese Billionaire Claims 1.5 Million Infected With Coronavirus, 50,000 Dead.”

Unfortunately, the said article has mysteriously disappeared only a couple of hours after the publication from zeroedge.com substituted by a far more official version of the events in line with the current Chinese propaganda: https://www.zerohedge.com/geopolitical/were-totally-dark-japan-not-doing-enough-contain-outbreak-diamond-princess-passengers

But it was too late for the censors as the genie was out of the bottle,  and the article in question from zeroedge.com featuring the link to Guo Wengui’s revelations had been picked up by several sites all over the world, and even translated into various languages. One wonders what has pushed an otherwise credible site like Zero Edge to erase without giving a disclaimer, an article that still has the face of Chinese billionaire Guo Wengui on it when browsing the content of the site. 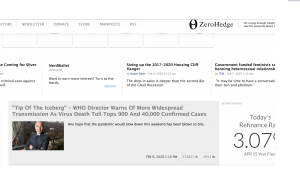 In the meantime, another deadly virus in line with what Father Malachi  Martin has revealed about the Third Secret of Fatima is spreading, this time in the African continent. The Nigerian government has spoken about the strange killer disease in Benue State. Osagie Ehanire, Minister of Health, said the Nigeria Centre for Disease Control (NCDC) was working hard to unravel the mystery. The minister stated that the illness had been laboratory tested and showed no symptoms of Ebola, Lassa fever or coronavirus. Last but not least in this truly apocalyptic scenario, locust swarms in Africa are the worst in decades, so let’s pray now more than ever for the future of the world, because it seems the wrath of God is unleashing as we speak.

2 thoughts to “The Third Secret of Fatima, a New Virus, and the Chinese billionaire censured by Zero Edge”