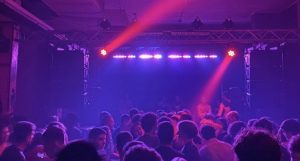 Back in May 2019, Vatican Secretary of State Pietro Parolin defended the controversial decision by the papal almoner, Cardinal Konrad Krajewski, to illegally turn the electricity back on in a State-owned building in Rome, Via di Santa Croce in Gerusalemme 55, that was illegally occupied by a mix of homeless and Islamic “refugees.”

This was the article I wrote regarding the event:

Ever since the pope’s almoner, Cardinal Konrad Krajewski, interceded the electric bills have not been paid by the squatters and access to the now sealed electric panel has been constantly denied, even to ACEA, the electric company that provides electricity in that area of Rome, and it is currently being frauded by the squatters for thousands of euros.

Knowing that they can have free electricity, the “refugees” who are often involved in the sale of illegal drugs, decided to organize a series of rave-parties to sell their drugs. The last one was held on the night of December 31st, in defiance of the police supervisor’s notice delivered to the organizers, Andrea Alzetta and the Spin Time Labs team a few hours before the kickstart of this illegal maxi-event that gathered thousands of young people including a large number from the LGBTQ community that were attracted to the drag queen show mixed with Roman culinary specialties, that used a play on the word “culi” that in Italian means “butts” and culinary.

This was an event that inevitably created a security nightmare for the residents in the area and a vast number of accidents occured, including several fights and a few hospitalizations from drug and alcohol abuse. The organizers ignored the police notice and went on with their wild party knowing they were protected by none other than Pope Francis’s almoner, Cardinal Konrad Krajewski. There was even a detailed map provided for the ravers in the program for the event. 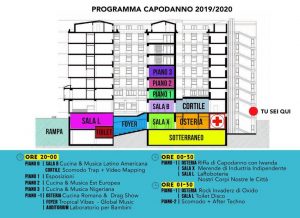 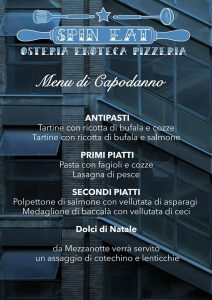 Of course, no music royalties were paid by the organization, and the money made during the event, including the 25 dollar ticket, was tax-free courtesy of the Vatican. Incredibly, some people came from all over Italy to Rome for the rave, purchasing their ticket on Eventbrite, but were turned away once the place was full and they were never reimbursed.

When Giorgia Meloni, who is the political leader of Brothers of Italy, a national conservative party in Italy, decided to call the headquarters of the Italian Ministry of Interior, they answered: “even the poor have the right to party.”

This is the state of Italy, a once-great Nation, now enslaved by a Jesuit Pope and his Communist ravers and drag queens.