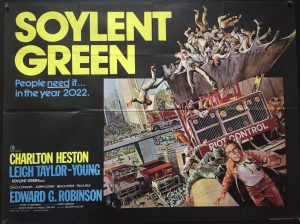 In the last few hours, around 100 Catholic conservatives have signed a letter addressed to Pope Francis proclaiming that the Jesuit Pope performed “sacrilegious and superstitious acts,” asking him to repent publicly and unambiguously for the use of the infamous statuette of the Amazon fertility goddess Pachamama that was paraded repeatedly  during the recent Synod on the Amazon region, and during a ritual in the Vatican gardens that took place in front of Pope Francis.

As I reported previously on this site, statuettes of the pregnant goddess to whom the native Americans usually offerllama fetuses and even human sacrifices in the Andes were stolen from a church near the Vatican and thrown into the Tiber during the Synod only to be returned a few days later by the Italian police.

Now a group formed of traditional Catholics from various countries, consisting mainly of university lecturers, but also some religious leaders, have returned on the case to expose the Pope’s increasing heresy. The petition has been carried on websites and blogs critical of Francis’ pontificate, including the Italian ‘Stilum Curiae’ and the American ‘LifeSiteNews’. Conservatives and traditional Catholics alike have long criticized the Pope’s liberal stance that make him look more like a Communist leader than a Pontiff.

However, the situation is becoming increasingly tense as concerns have been expressed in the past two weeks about the arrival of the statue of Moloch in the Colosseum. Moloch is the biblical name of a Canaanite god associated with child sacrifice, so I wasn’t surprised when I discovered that theRockefeller Foundation, notorious for promoting abortion, is sponsoring a two-day Vatican conference under the auspices of Pope Francis and the Pontifical Academy of Sciences.

The two-day conference, that began yesterday, is entitled “Reduction of Food Loss and Waste,”  and is being held at the Casina Pio IV and includes speakers from a wide range of pro-abortion bodies including the famous Bill & Melinda Gates Foundation. The Vatican symposium also includes climate alarmist groups like GreenFaith, who promote “eco-prayers and rituals”from diverse religious traditions who have declared  a “climate emergency”but are in reality another tool in the hands of the upcoming One World Religion that is elevating Greta Thunberg to an almost godly status with her image, now present on a building in downtown San Francisco.

The European Commission and United Nations are also represented at this meeting organized by the Rockefeller Foundation, one of the leading organizations of the New World Order.In the official pamphlet, we read: “Actions to reduce food loss and waste are already planned or in place in many countries, but so far they do not add up to sufficient global impact and joint learning. The most promising actions can and must be enhanced. By bringing together a group of prominent leaders, actively engaged with this issue from academia, religious communities, private sector, government, civil society, and the United Nations (UN), we aim to create an interdisciplinary space for analysis and sharing of knowledge and focused solutions.”

This scenario reminds me of the 1973 sci-fi classic, “Soylent Green” based on the 1966 science fiction novel Make Room! Make Room! by Harry Harrison which depicts an overpopulated, malnourished and corrupt world in the year 2022. A scary scenario with euthanasia stations for the elderly, infirm, or suicidal, that end up being cannabilized as secret ingredients for the production of “Soylent Green,” which is allegedly made from plankton and is constantly in short supply.  Now it seems our worst nightmare is already in the making with theRockefeller Foundation aiming to become the new Soylent Industries, which derived its name from a combination of “soy” and “lentil” already popular amongst libtards.

In the movie, Soylent Industries controls the food supply of half of the world selling the artificially produced wafers, including “Soylent Red” and “Soylent Yellow” to an increasingly desperate population. The dystopian future of “Soylent Green” is being planned for you today at this Vatican conference arranged by theRockefeller Foundation, pray it doesn’t happen, but unfortunately, it already is.

4 thoughts to “SHOCKING: Real-life ‘Soylent Green’ being discussed today at the Vatican by The Rockefeller Foundation”