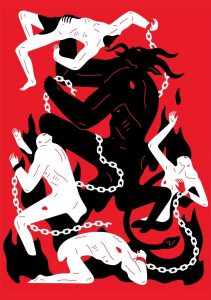 One again the Vatican is linked to another scandal. This time an Italian dermatology hospital and two senior cardinals are at the center of a financial scandal involving the Vatican bank, the U.S.-based Papal Foundation, and millions of euros from misallocated government grants where the Catholic faithful seem to be used as a credit card by these criminals. In this case, the events concern the financial collapse of a hospital in Rome called the Istituto Dermopatico dell’Immacolata (IDI), a very good hospital that I have personally used in the past, unfortunately linked to the wrong people.

According to media reports and new sources, Cardinal Angelo Becciu and Cardinal Giuseppe Versaldi have been key players in a complicated series of transactions that financed the Vatican Secretariat of State’s 2015 acquisition of the hospital, which collapsed under large-scale acts of theft and money-laundering which led to the imprisonment of its president.

Multiple sources in the United States and in Rome have confirmed to Catholic News Agency that the then-Archbishop Becciu was responsible for organizing a concerted effort by other Vatican officials and American cardinals including the former Cardinal Theodore McCarrick to pressure the board of the U.S.-based Papal Foundation to approve a grant of $25 million in 2017. Although American donors were told the money was to ease a temporary cash shortage at the IDI hospital, sources in the Administration for the Patrimony of the Apostolic See (APSA) and the Papal Foundation stated that the true purpose of the loan was to help remove a 50 million euro debt from APSA’s books, so it was basically another scam at the expense of the Catholic flock.

The debt was in the end the result of an APSA loan to a non-profit partnership between the Vatican’s Secretariat of State and an Italian religious order, which borrowed the money to purchase the institute in question. The hospital, in bankruptcy at the time it was purchased, was then unable to repay the debt, and because the loan violated European banking agreements, it called in APSA under strict regulatory oversight. Becciu, who was the second-ranking figure at the Secretariat of State, reportedly stepped in to stop the bad loan from putting APSA and the hospital at risk of a more serious financial scandal. According to my sources, the request came directly from Pope Francis and not Becciu who said he was not involved in securing the Papal Foundation grant. However, one senior figure at APSA conveniently told Catholic News Agency recently that Cardinal Becciu was the person in charge to remove Pope Francis and not involve him in this new financial scandal hitting the Vatican.

Sources close to the efforts to fund the IDI purchase also told the Catholic News Agency that the Italian government officials declined to pursue the matter further because of the involvement of high-ranking Vatican officials and because the funds were still going to be used for a hospital proving once again the crookery of the Italian government.

Last year, Pope Francis even made Becciu a cardinal and appointed him to lead the important Congregation for the Causes of the Saints, probably to shut him up. In recent weeks his time at the Secretariat of State has come under increasing scrutiny after the Vatican raid, following reports of his use of a Luxembourg-based investment fund to direct more than $200 million into a property development scheme in London, and he is believed to be at the center of a still-ongoing internal Vatican financial investigation that proves that the Vatican is overall a criminal organization not a religious one anymore and as USA Today pointed out last year, “Catholics, keep your wallets closed until the Church reforms from the Vatican on down.”