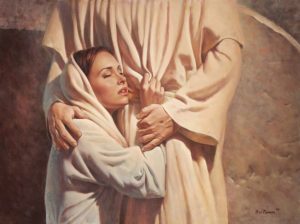 After the Archbishop of Philadelphia urged caution regarding the highly controversial message of Fr. James Martin, SJ regarding homosexuality and Catholicism, other bishops have weighed in on Martin’s message and have continued to exchange views on the matter.

Bishop Thomas Paprocki of Springfield, Illinois, wrote on September 19: “Father Martin’s public messages create confusion among the faithful and disrupt the unity of the Church by promoting a false sense that immoral sexual behavior is acceptable under God’s law.”

Andrea Tornielli, the new editorial director of the Dicastery for Communications in the Vatican, who was recently recruited to avoid further scandals popping up in the Vatican Insidersection of the Italian newspaper La Stampa, said that married priests will be a subject of discussion during the upcoming Synod of Bishops on the Amazon, which will take place October 6-27 in Rome, but he noted that the Synod does not have the power to make decisions on the matter.

The Amazon region, located in the countries of Bolivia, Brazil, Colombia, Ecuador, Guyana, Peru, Suriname and Venezuela, was chosen for its remoteness and is under strict Jesuit control. Most of the basin is covered by the Amazon Rainforest, also known as Amazonia, which is difficult to access and considered remote enough for this new Catholic experiment.

“The synod will discuss the possibility for territories like the Amazon to propose the ordination of married men. That is, the ordination of catechists, older persons who already have a role of responsibility in several communities. But it’s not a decision already made, nor is it certain that the Synod will arrive at that decision.” Tornielli said in an interview on September 19, 2019.

Tornielli then added, “In any case it would not be a decision of the Synod but it would be a decision of the Pope,” which confirms what I wrote about the remoteness of this region and its experimental nature. In a statement by Tornielli that was published on the Facebook page of the Brazilian bishops, “It is asked, that for the most remote areas of the region, the possibility of priestly ordination for older people, preferably indigenous, respected, and accepted by their community even though they still have a constituted and stable family, for the purpose  of ensuring the sacraments that accompany and sustain the Christian life.”

This comes after the Amazon rainforest was set on fire this summer to facilitate the infamous, “Global Warming Agenda” to force the New World Order and 5G on the local populations after a deal was made with indigenous tribe leaders to accept the worship of spirits as outlined in my previous article:

However, in the interview, Tornielli explained that “The synod does not approve anything because it is a consultative body,” specifying, in the end, it is the Pope’s decision, and we all know the Pope real agenda is to control and conquer the vast resources of the region with his Jesuits. The plan is laid out in the Synod’s preparatory document, Instrumentum laboris, made for the Special Assembly of the Synod of Bishops for the Pan-Amazon Region (6 to 27 October 2019) that mentions, “The difficulties that communities in remote areas face in receiving the sacraments, and of having priests who can celebrate Mass.”

The director of the Vatican Dicastery for Communications also noted that “For many centuries in the Catholic Church there have been married priests. They are the priests of the Eastern Catholic Churches who have returned to full communion with Rome. But note, it’s not that priests can marry but that persons already married are ordained, this is for the Easterners.”

“The same thing exists, and perhaps this will be a surprise for our listeners, in the Latin Rite Church, as an exception, from the time of Pius XII. Pope Pacelli received former Anglican priests who wanted to enter into communion with Rome as they were married and were ordained priests and can support their families,” he continued. Moreover, Tornielli then said, “Pope Benedict himself with the constitution Anglicanorum coetibus has established that this exception can continue in the case of the Anglicans. So there already are exceptions.”

In 2009, Pope Benedict XVI approved the creation of personal ordinariates, jurisdictions created to receive the thousands of Anglicans who request to return to full communion with the Catholic Church. In that framework, married Anglican priests can be ordained as Catholic priests. Of course, in this latest development you would now have to go and live in the middle of the jungle to have this privilege so not to upset Fr. James Martin, SJ and the LGBT rights community, as the gay Mafia within the Catholic hierarchy represents 80% of the Catholic priests of today.

A group representing LGBT rights met in a high-level meeting in April 2019 at the Vatican to ask for Pope Francis’ support for the decriminalization of homosexuality and even the possibility of gay marriage among priests. Approximately 50 international representatives traveled to Rome for this new pink revolution.  I find that there is obvious discrimination towards heterosexual men who have been forbidden from becoming Catholic priests in the past. I was offered a position as a priest by a senior Vatican official  many years ago, if I became celibate, who told me, “You will make a great Bishop if only you didn’t like women.” Of course I didn’t accept and continue my exposure work against the hypocrisy of the Vatican now fully controlled by the Jesuits and exponents of the secretive Vatican LGBTP community which, unfortunately, includes Pedosexuals. 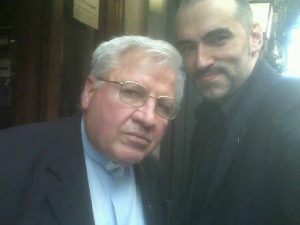 On the issue of the sexuality of Jesus, the traditional understanding of Christian churches is that Jesus did not marry and remained celibate until his death. That has not prevented speculation about alternative theories of his sexuality. The Gospels and the New Testament reveal little on the subject but the non-canonical Gospel of Philip (dating from around the third century and censured by the Catholic Church) describes Jesus’ relationship with Mary Magdalene using Coptic variants of the Greek κοινωνός(koinōnos), That uses cognates of koinōnos and Coptic equivalents to refer to the literal pairing of men and women in marriage and sexual intercourse. Mary Magdalene is mentioned as one of three women named Mary “who always walked with the Lord,” as His companion (Philip 59.6–11). The work also says that the Lord loved her more than all the disciples, and used to kiss her often (63.34–36).

However, it is heresy to say that Jesus Christ indulged in homosexuality as the Vatican and Satanists like to spew in order to sabotage the true character of Jesus Christ and the existence of His Bloodline for their evil agenda. The truth will be proven once the secret Vatican archives are revealed.